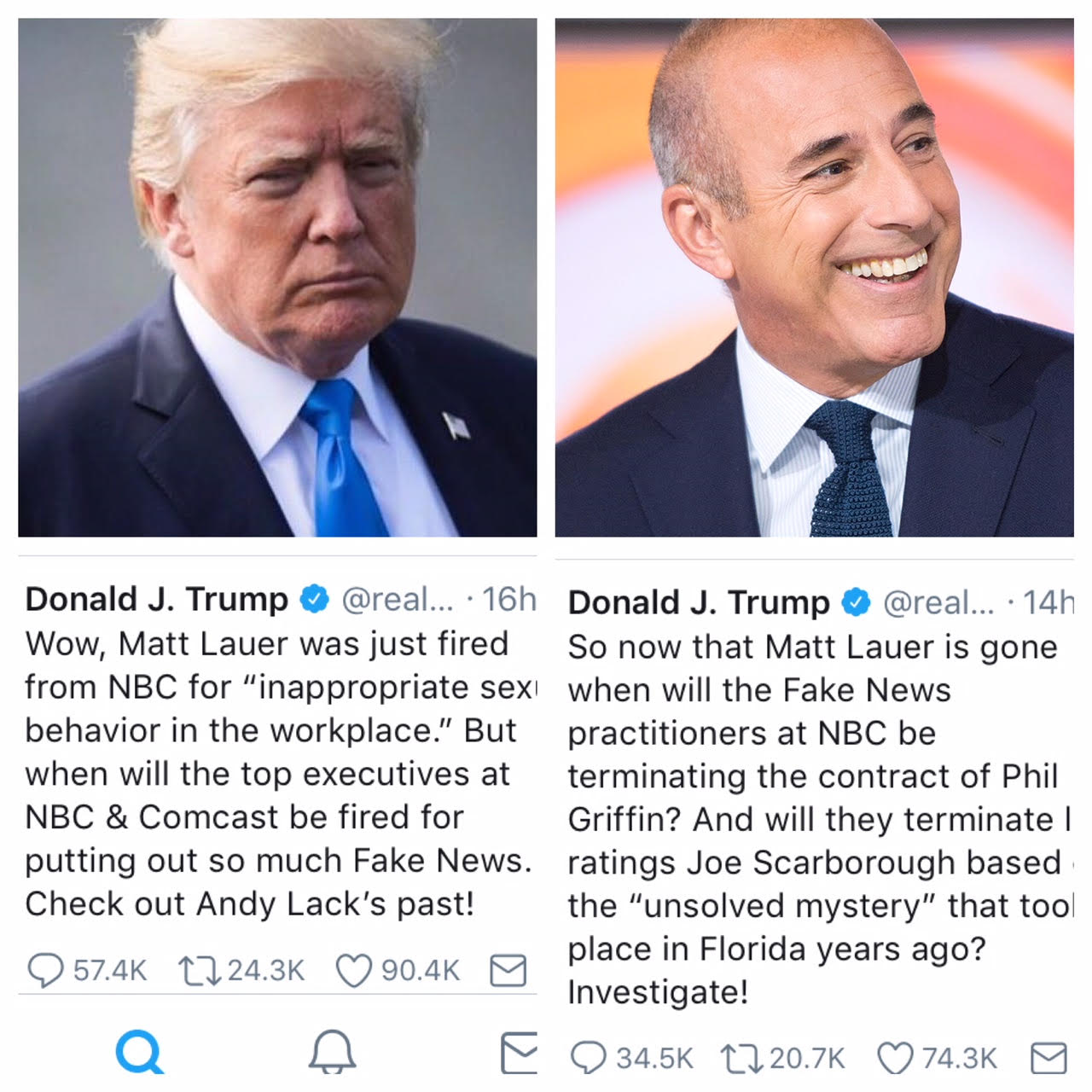 President Trump weighs in on the Matt Lauer firing and wants NBC to fire all the “fake news” people. Meanwhile he hasn’t said anything about the 16 sexual harassment allegations against him.

Matt Lauer was fired from NBC on Wednesday after multiple allegations of sexual harassment and assault.

He released a statement Thursday, saying some “of what is being said about me is untrue or mischaracterized, but there is enough truth in these stories to make me feel embarrassed and ashamed. I regret that my shame is now shared by the people I cherish dearly.”

NBC will not be paying out any of the millions remaining on the fired Today show host’s contract, the Associated Press reported Friday.

Lauer is said to have earned around $25 million a year on his current contract, which runs through 2018 and made him one of TV’s highest-paid journalists.

Some NBC News employees who raised the question of Lauer’s compensation at a staff meeting Friday were told that he was fired “for cause” and wouldn’t be paid beyond his last day, which was Tuesday.

Under most network employment contracts, on-air talent can be fired for violating terms such as a morals clause prohibiting inappropriate behavior.

Do you think Trump, Lauer and all of the recent me in the spotlight that have been accused of sexual assault and harassment should all be criminally prosecuted?  It appears that persons are only resigning or being fired.  The public is calling for more.