TRIAL SET. A Russian court on Monday scheduled Brittney Griner trial to start Friday July 1st, according to her lawyer, and ruled the WNBA star’s detention be extended six months pending its outcome. 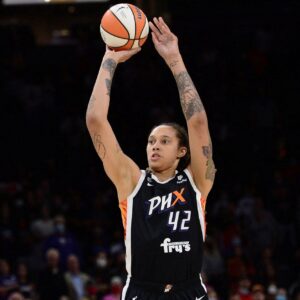 Griner — who has been held in Russia since her arrest at a Moscow airport on allegations of attempted drug smuggling — attended the preliminary hearing in person.