WEDDING CRASHER. Britney Spears ex-husband Jason Alexander was arrested and charged with trespassing and battery after crashing her wedding Thursday at her California home, police said. 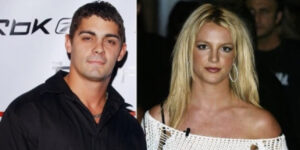 Previously, Spears was married to Alexander, a childhood friend, for about 55 hours in 2004 before the marriage was annulled

The pop star was set to marry #SamAsghari at her hillside mansion in Thousand Oaks when Ventura County Sheriff’s deputies were called to the residence in response to a trespassing report, according to police.

Alexander was confronted by security when he entered the singer’s property, and an altercation ensued between him and two security officers.

Thoughts on him crashing the wedding?