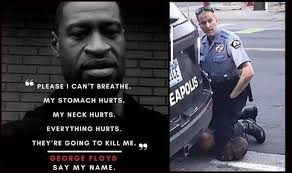 Several prominent entertainers and athletes have spoken out after the death of George Floyd in police custody. Floyd was a 46-year-old black man who died Monday after a Minneapolis police officer kneeled on Floyd’s neck for at least eight minutes. Floyd had been arrested for suspicion of forgery.

Video of the incident in which Floyd screams “Please, I can’t breathe” and yells in anguish before going limp has sparked outrage online and protests in Minneapolis.

Director Ava DuVernay wrote on Twitter, “You deserved your breath, your dignity, your life.”

NBA star LeBron James posted on Instagram a photo of the officer kneeling on Floyd’s neck next to a picture of former NFL player Colin Kaepernick kneeling during the national anthem of a NFL game. He captioned the image “This… ….Is Why,” referring to the controversy surrounding Kaepernick’s kneeling. 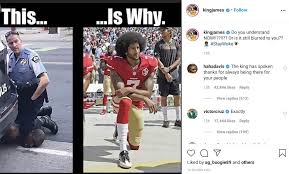 Meanwhile, Kim Kardashian West posted a drawing of Floyd with the hashtag “#JusticeforGeorgeFloyd” and a quote of George pleading with the cops on Instagram. 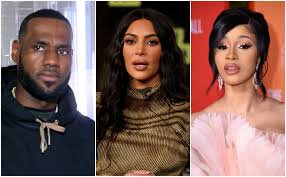 Many celebrities have pointed out the eerie similarity between Floyd’s death and the death of Eric Garner in 2014. Garner was a black man in New York who died from a NYPD officer’s chokehold after being arrested for selling cigarettes. That incident was also caught on camera and spawned the rallying cry ‘I can’t breathe,’ which were Gardner’s dying words.

Four officers were fired Tuesday for their roles in the death but have not been arrested or charged. President Donald Trump tweeted that he has ordered a FBI and Department of Justice investigation into the death.

What else do you think should change to prevent tragic deaths like this in the future?