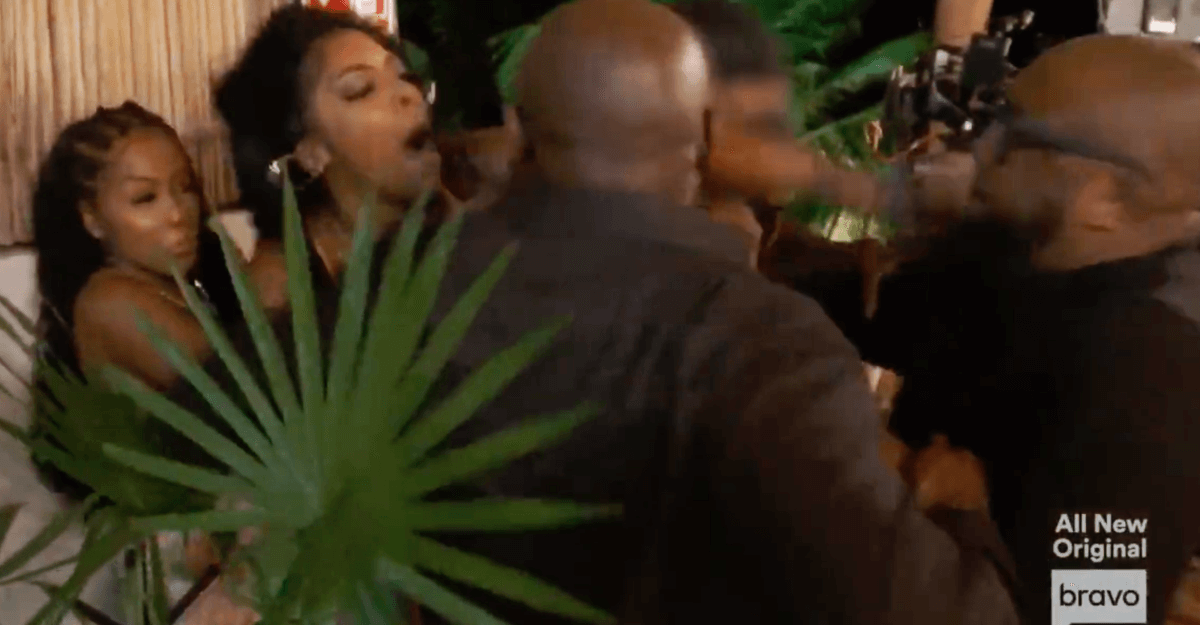 On the latest episode of #RHOA #PorshaWilliams spin off #PorshaFamilyMatters on #Bravo, the family retreat dinner went left. Porsha exchanged words with Dennis and Mama Gina. So she told both to leave. On their way out, things got really heated. And as Dennis tried to stand between Porsha and Gina, Porsha swung on Dennis. The altercation was filmed.

Porsha is now claiming she owns her part but was trying protect her cousin Storm. Storm claims now not only was she hit by Porsh ex fiancé Dennis but she was sexually harassed by him while she worked there and this is why she quit working for him.

So far no one has pressed charges.

Are you team Porsha or team Dennis?