Get him out ASAP! Kim K and Kanye lobbied Trump to help get A$AP Rocky out of the legal situation in Sweden. A$AP’s been behind bars for more than two weeks as of now. 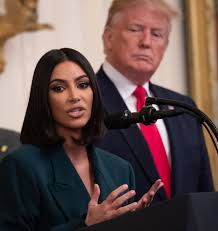 According to TMZ, and other news outlets Kim reached out to the white house to help get A$AP Rocky freed. The rapper has been in a Sweden jail for more than two weeks where prosecutors are still determining whether he should be charged with aggravated assault. Kareem Lanier and Pastor Darrell Scott of the White House’s Urban Revitalization Coalition, also helped Kim and Kanye. They connected the rapper’s management directly with Kushner through a phone call. Allegedly, Trump told Kushner he believed A$AP Rocky is innocent and is being held unfairly. As of now, the State Department is working on getting A$AP freed.

As A$AP Rocky is in jail in a different country the U.S government would not be able to get him out of jail or represent him directly in the legal matter but they would only really be able to protest any abuse or mistreatment and keep the State Department and other authorities informed. There are already many petitions set up and Pompeo from the State Department is working to get A$AP Rocky out. Hopefully, the Sweden prosecutors make their decision sooner than later.

Stay tuned as the story develops…