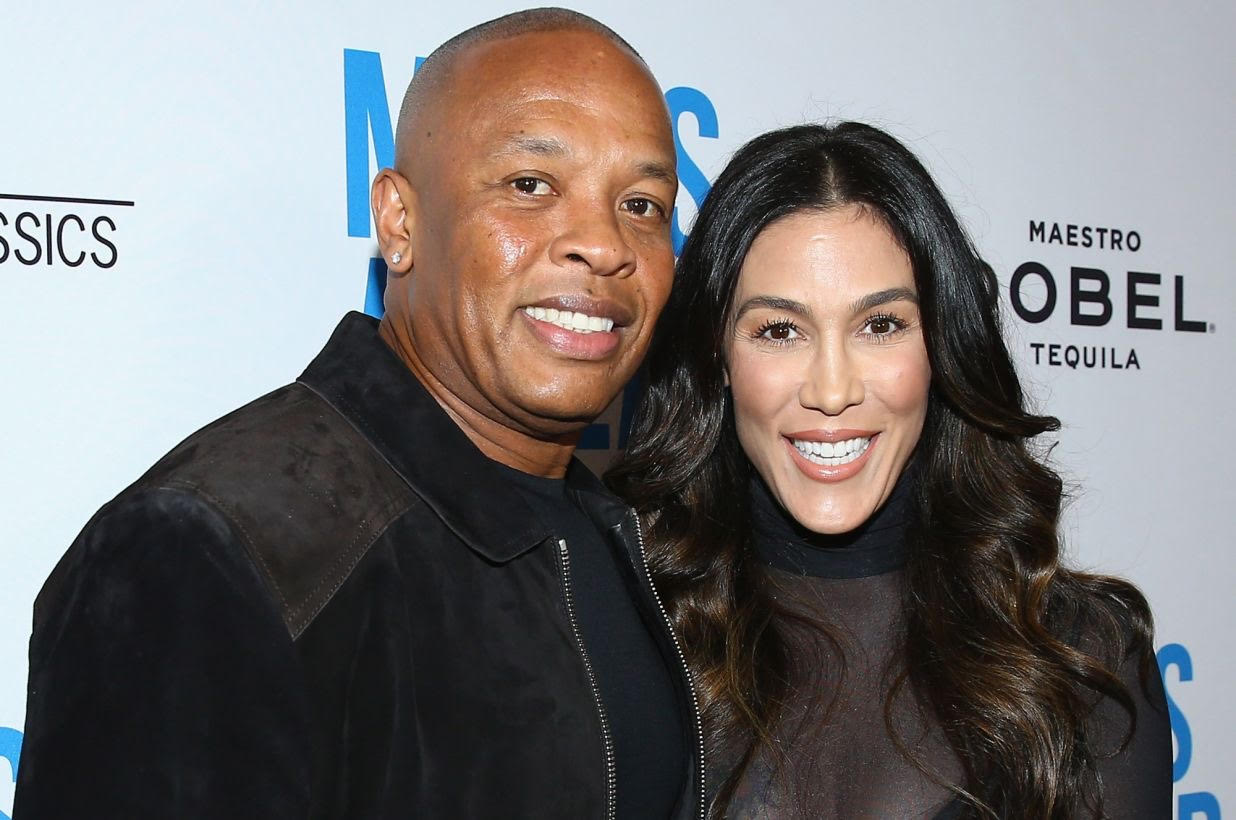 IT’S OVER.
Dr Dre’s wife of 24 years, Nicole Young, has filed for divorce—citing irreconcilable differences. Nicole Young filed documents seeking to end her marriage with Dr. Dre, the rapper and music mogul whose real name is Andre Young, on Monday in Los Angeles County Superior Court.
Nicole Young, 50, is seeking spousal support from the 55-year-old Dr. Dre, who has amassed a major fortune in his time as an N.W.A member, solo rapper, producer, co-owner of Death Row Records and founder and CEO of Aftermath Entertainment and Beats Electronics.

According to Forbes, the music mogul’s net worth is valued at $800 million, putting him at No. 2 on the 2019 list of the world’s wealthiest hip-hop artists. In December of that year, Dre topped the earnings of the decade with $950 million, thanks mostly to his Beats Electronics empire.
The couple does not have a prenup in place, according to TMZ. This could mean that Nicole Young could walk away from the divorce with half of his fortune ($400 million) as well as assets. The pair got married in May 1996. The couple has 2 children, a son and a daughter ages 23 and 19, respectively. Prior to their marriage, Nicole was married to former NBA point guard, Sedale Threatt. She also works as a lawyer and is represented in the divorce by celebrity attorney, Samantha Spector.
We’ll keep you updated on any developments related to the couple’s divorce proceedings.