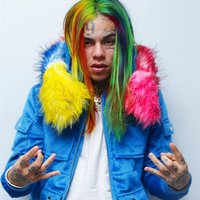 Last week, Tekashi 6ix9ine aka Daniel Hernandez was sentenced to four years probation and 1000 hours of community service, years after he was arrested for his alleged involvement in a child sex case. 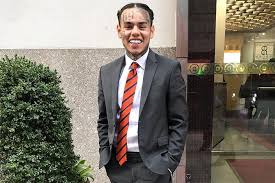 In February of 2015 , the victim’s mother filed a complaint, which alleged that her 13-year-old daughter was filmed “having sexual contact with two adult males” — one of which was later identified as Tekashi.

At the time, Tekashi pled guilty to three felony counts for the incident, in which he allegedly “stood behind the child making a thrusting motion with his pelvis and smacking her on her buttocks.” Apart of his plea meant he would have to complete his GED (which he never did) and return back to court but his court date kept getting pushed back up until last week.

The court has already counted 1 of his years towards his 4 year probation but it already looks like his freedom may be at stake since the same day of his hearing his bodyguards were involved in a shooting. We haven’t been able to determine yet if he was actually present. Stay tuned.