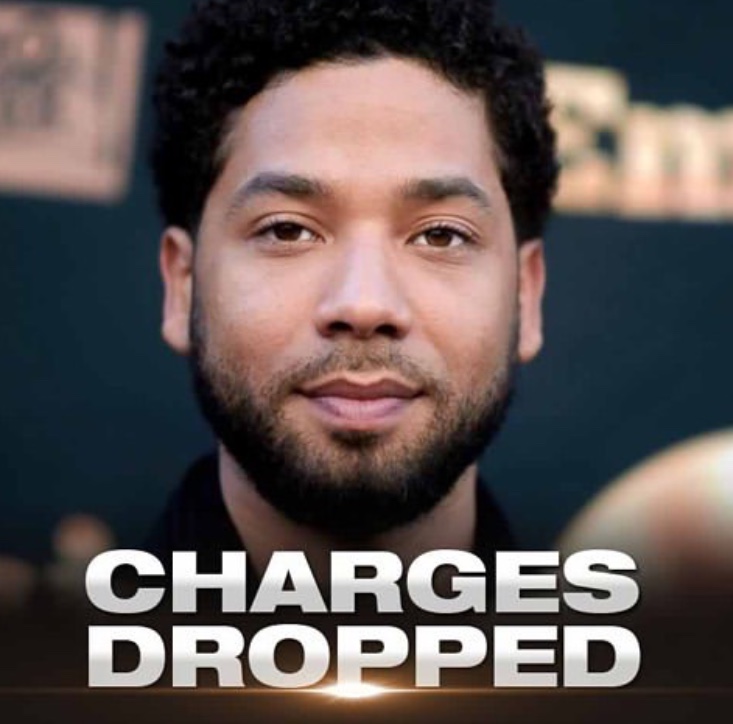 Jussie Smollett is a FREE man now that the Prosecution has decided to drop all charges against him.

WHY they were dropped? First as you’ll recall State’s Attorney Kim Foxx recused herself from the case. She reportedly had asked cops to stand down at the behest of Tina Tchen — Michelle Obama’s former Chief of Staff and a friend of Jussie’s family. The conflict forced Foxx to bow out of the case. Also as you know the Obamas are from Chicago!

The Cook County State’s Attorney’s Office went on the record to say that the decision to drop all charges against Jussie was made by Joseph Magats– the First Assistant State’s Attorney — who took the place of Fox after her recusal, and NOT by Foxx for two reasons: 1) TMZ reported that the State’s Attorney, Kim Foxx, told Chicago police she was dropping the case because Jussie would have only gotten community service if convicted and she said he has already performed community service so there is no point in prosecuting him. 2) Their case was falling apart- the $3500 check that was a key piece of evidence for payment of the attack in the case was admittedly for personal training services and the attackers confirmed this.

FULL VIDEO of Jussie Smollett statement to his fans and supporters:

The only criminal charges that potentially remain is if the FBI find proof that he sent threatening letter to studio prior to his attack which at this point FBI has not confirmed this. Jussie will also have to turn over his $10,000 bond.

Do you believe Jussie is innocent now that the charges have been dropped?