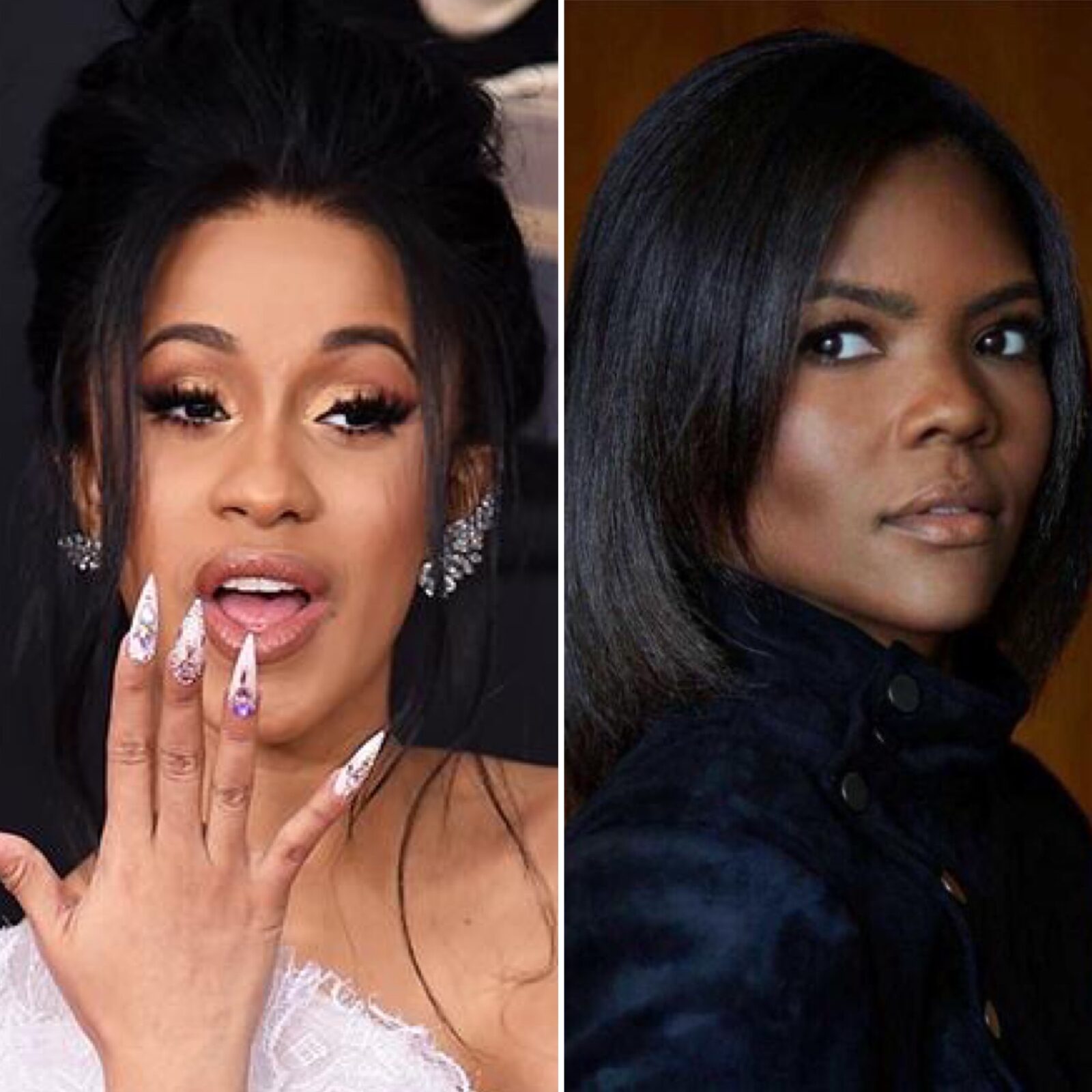 On Sunday, Cardi B took to Instagram Live to call out a teenage boy that posted her address online and encouraged Trump supporters to set it ablaze. She claims that she was forced to take action and hire a private investigator to protect herself from threats posted by this disgruntled adolescent troll. “They be degrading me. They be making of fun of me, everything. Shit gets so intense I literally hired a private investigator, and serve them with a warrant and arrest this boy. This boy was a f**king teenager. His parents were shook,” Cardi B detailed.

Her strong stance and dislike of Donald Trump has been made clear and caused conservatives to lash out at her. She stated “[e]verybody knows I don’t f**k with Trump like that.” Cardi B’s recent IG Live (instigated by a Twitter clash with conservative activist Candace Owens) centered around addressing targeted threats and harassment that the ‘WAP’ rapper has endured and ways in which she has been doxxed by numerous Trump supporters because of her political views. 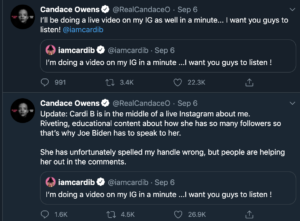 It is no secret that Cardi B not only uses her platform to promote her music but to also participate in politics and encourage people to vote. She has interviewed Bernie Sanders twice and openly supports the Democratic party, specifically Joe Biden for President in the 2020 election. She is now using social media to expose the hate that she’s received for expressing her views and to defend herself. 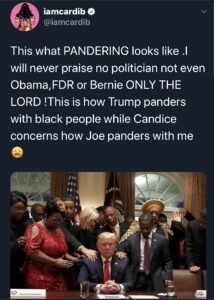 Owen’s social media rants expressed disdain against Cardi B’s activism. She wrote, “Joe Biden used you. Bernie Sanders used you. Neither one of them like or know your music. They think you’re dumb.” She continued, “[w]hen you stick to music, you can get left alone. When you dabble in politics, you will get called out for platforming ignorance.”

This outburst seems reminiscent of the recent aggressive and exaggerated conservative response to the release of Cardi B and Megan Thee Stallion’s “WAP” song and music video. Cardi B dominated in her comeback against Owens: “Just like I can make people pop their pussy and have a good time, and make them feel like a bad bitch, I can also encourage millions of followers to go vote.”

Who do you think won the social media battle, Cardi B or Candace Owens?