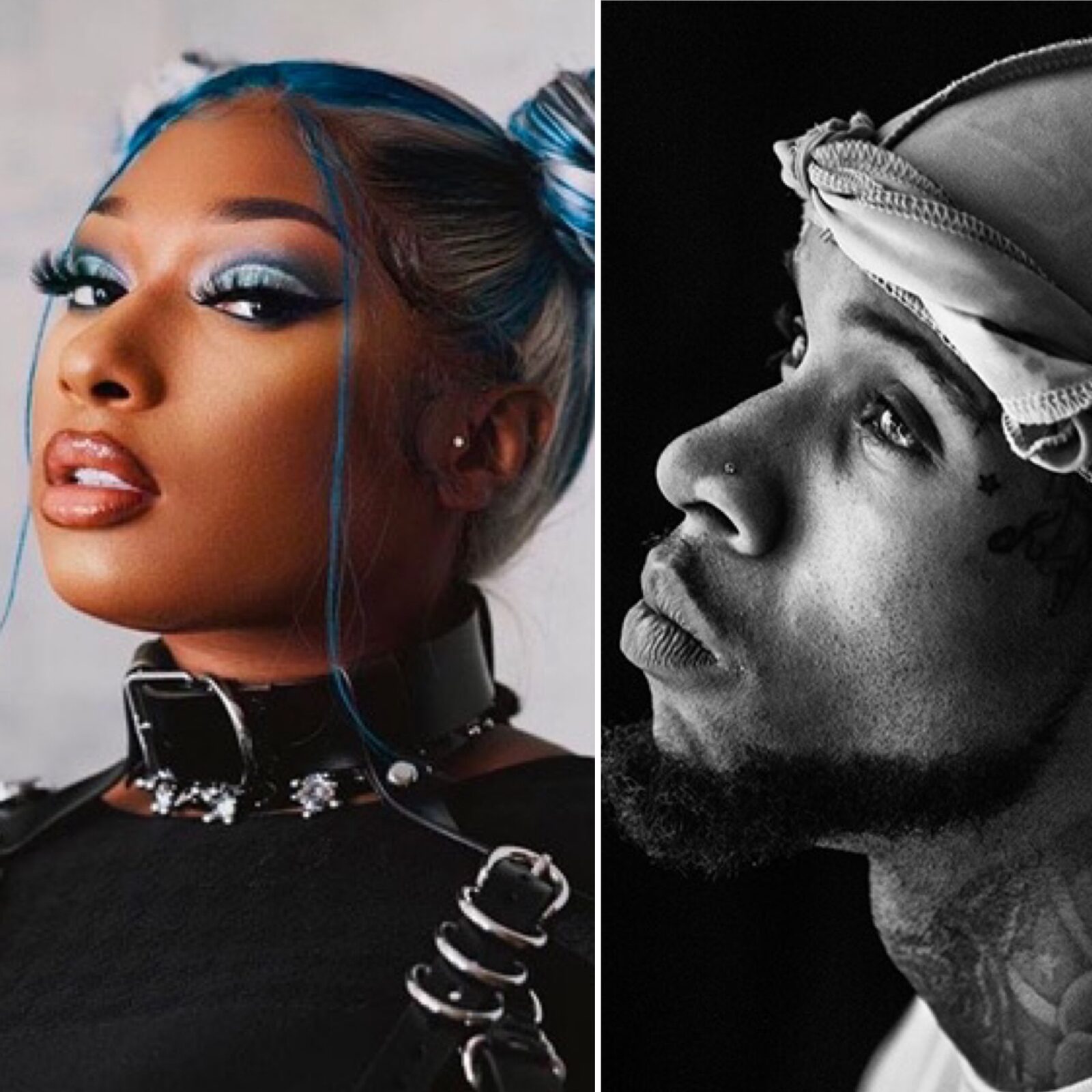 Canadian rapper/singer Tory Lanez (Daystar Peterson) was charged on Thursday with shooting Megan Thee Stallion (Megan Jovon Ruth Pete) in July of this year. LA County District Attorney’s Office released a statement listing the charges against Tory, which included one count of assault with a semi-automatic rifle and one count of carrying a loaded, concealed firearm in a vehicle. Tory took to Twitter today to rally support from fans and to emphasize that “…a charge is not a conviction.” 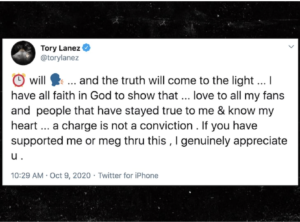 The shooting occurred on July 12 after the two hip-hop stars got into an argument leaving a party in the Hollywood Hills and ended with Megan in the hospital with bullet fragments in her feet. While exiting the vehicle, Tory allegedly told Megan to “dance, b**ch” and then fired several shots at her feet.

Megan took to Instagram Live in August to accuse Tory stating, “Yes, this n**** Tory shot me. You shot me, and you got your publicist and your people going to these blogs, lying and sh**. Stop lying. Why lie?” She also posted a since-deleted graphic photo of the injury to her foot.

On social media, Megan has further spoken about the incident, stating that it was “super scary” and that she was “real life hurt and traumatized.” Tory is scheduled to be arraigned on October 13 and if convicted on both counts could face a maximum sentence of 22 years and 18 months in prison. 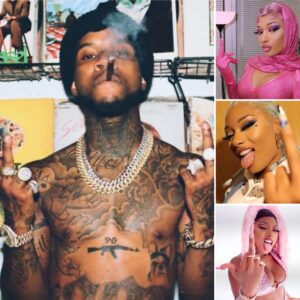 To be convicted the DA will have to prove that Tory 1) acted with the gun in a way that did or would likely result in assault, 2) acted intentionally, 3) was aware of facts at the time of the incident that would lead a reasonable person to realize that the act would result in assault, 4) had the ability to use force likely to assault someone, and 5) was not acting in self-defense or defending someone else. Under CA penal code, an assault can occur even if no one is actually injured and can include acts of pointing the gun, striking/“pistol-whipping,” firing the gun or actually shooting a victim.

Do you believe Tory shot Megan now that he has been charged?