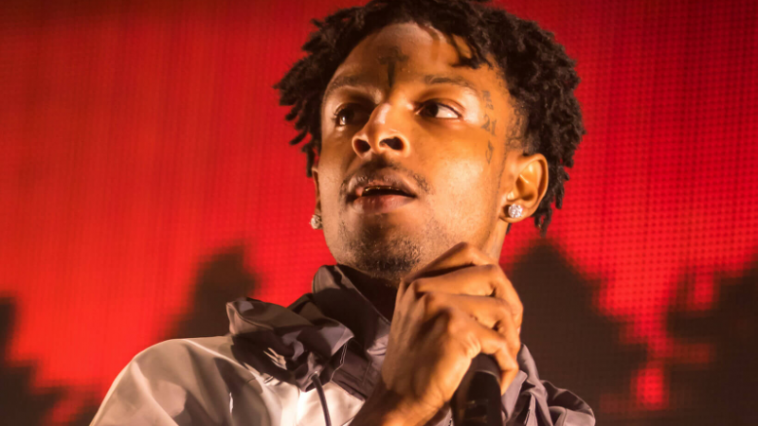 21 savage turned himself in after he was charged in Liberty County, Georgia with theft by deception after he was accused of beating a promoter out of $17K, claiming that 21 kept the $9,500 deposit as well as the $7,500 payment made to him for a show he canceled in 2016.

A warrant was issued for Savage back in 2016, but the authorities never followed through with the apprehension.

Savage was released on his own recognizance and is working directly with the promoter to resolve the issue.

As previously reported by multiple outlets, She’yaa Bin Abraham-Joseph aka Rapper 21 Savage last week was detained by ICE (Immigration and Customs Enforcement) ahead of his Grammys appearance.  He was not released in time (coincidence I think not) and instead was released on Wednesday (2/13) and is heading back to Atlanta.  Rapper Jay Z has also come to his rescue and sent in his team of lawyers to help him.

Many outlets incorrectly reported he has been an illegal from the UK since 12.  He’s actually been illegal since age 7 when his parents did not renew his visa.  Since then in 2017, he applied for a U-visa application since he was victim of crime just four years earlier.  According to ICE, U-visa is available to those who have been the victims of a crime in the United States, have suffered physical or mental injury as a result of a crime and who are helpful to law enforcement or government officials in an investigation or criminal prosecution.

Lastly his 2014 criminal charges (marijuana and firearms) have been expunged according to his lawyers so it should not play a factor in his upcoming trial.  If granted, Savage can stay in this country on a green card until he gets full citizenship.

Keep it locked here as this story develops!