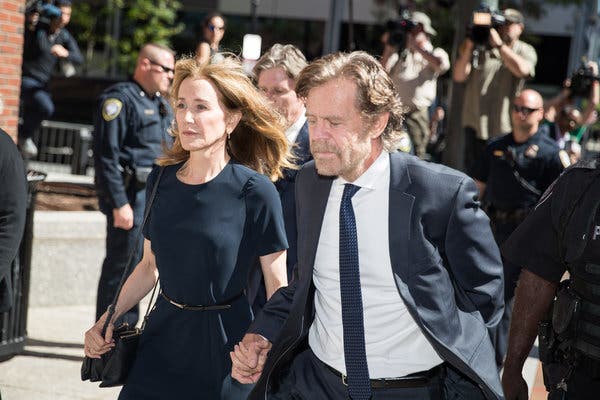 Go to your room. Well at least that’s how most people feel about the sentence actress Felicity Huffman just received.

Huffman after pleading guilty was sentenced to 14 days in prison for her role in the nationwide collrge scam that broke headlines earlier this year. Meanwhile Aunt Becky is still pleading not guilty!

Ms. Huffman’s sentence, which included a $30,000 fine, supervised release for a year and 250 hours of community service, was being closely watched as an indication of how harshly parents in this case would be punished.

Huffman’s attorneys pleaded for no jail  time and instead probation because they feel like she already suffered with the public shame and economic loss. I guess the judge said nope you gotta go behind bars obviously to send a message.

Do you think her punishment fits the crime?