Prison. WBA’s Gervonta Davis gets charged with 14 counts after an alleged hit and run. If convicted he could face upto 7 years in prison. 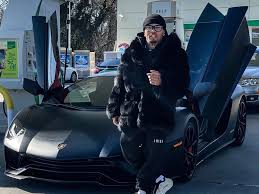 Late last year Davis was involved in an alleged hit and run, he has been charged with 14 criminal counts. Among those, Davis has been cited for failure to remain at the scene of an accident involving bodily injury, failure to render assistance to an injured person and driving with both a suspended and revoked license. Allegedly, witnesses saw Davis and his passenger were seen gathering items from his Lamborghini and moving them to a getaway car. If convicted of all charges Davis faces a maximum of 7 years and 55 days in prison.

Will Davis get the maximum amount of prison time?