A movie depicting the life of championed boxer Mike Tyson is currently in the works. The film will star actor Jamie Foxx and be directed by Martin Scorsese, big names that will definitely draw a crowd. However, Tyson’s ex-wife, Robin Givens, says she wants no parts in the film. 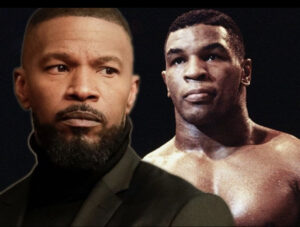 Givens and Tyson were married in 1988 but divorced after eight months in 1989 with Givens alleging spousal abuse. Tyson even admits to abuse in his biography “Fire and Fear: The Inside Story of Mike Tyson”, stating “[Robin] really offended me and I went BAM. She flew backwards, hitting every wall in the apartment.” Besides that, Givens claims that many other things written in the book regarding their relationship were untrue as well. When asked during an interview recently if she hoped to not be a part of the movie, she replied “of course”.

Legally, the actress may have no claim against using her likeness in the film. An individual has a claim for misappropriation of name or picture when the defendant 1) uses the plaintiff’s name or likeness 2) for the defendant’s commercial advantage – as is the case here. However, newsworthiness is a defense to misappropriation.  Being that both individuals are widely known public figures, their story could be considered newsworthy and therefore Givens’ likeness could be used in the film.

Though the production does have a valid defense, as is custom in Hollywood filmmaking, the film’s attorneys may advise procurement of a Life Story Rights Agreement between the producers and Givens. This agreement is a legal tool to retain an individual’s official rights to tell their story. This would be the best compromise to give Givens a say in how she can be acceptably depicted while giving permission to the filmmaker to use her likeness without legal consequence.

Do you think Givens would sign a Life Story Rights Agreement?