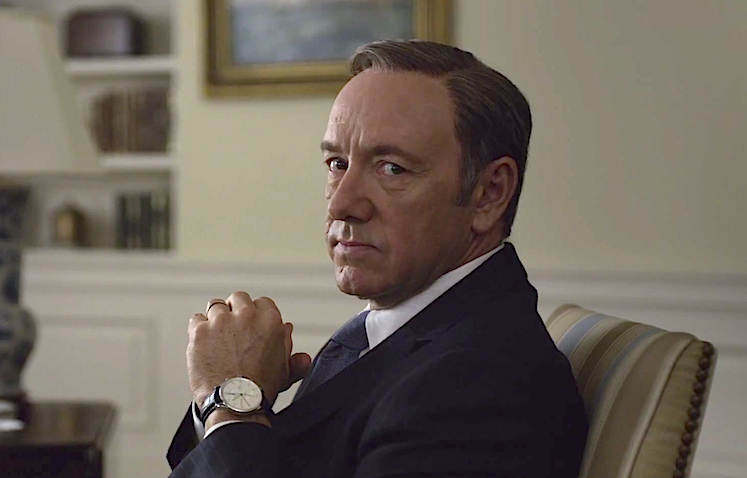 Writers with the Netflix series House of Cards are reportedly scrambling to revamp the show’s final season in the wake of Kevin Spacey’s sex scandal allegations.  Two weeks ago, Actor Anthony Rapp (Star Trek: Discovery) recounted a story from about 30 years ago alleging sexual misconduct against the Oscar-winning actor.

Now, it appears that House of Cards show runners Melissa James Gibson and Frank Pugliese are attempting to complete the sixth and final season without Spacey involved.  The easiest way would be to kill Spacey’s character off since the British version of House of Cards does just that.  Although it is unlikely that House of Cards will be canceled, that is the second option.  Stay tuned!