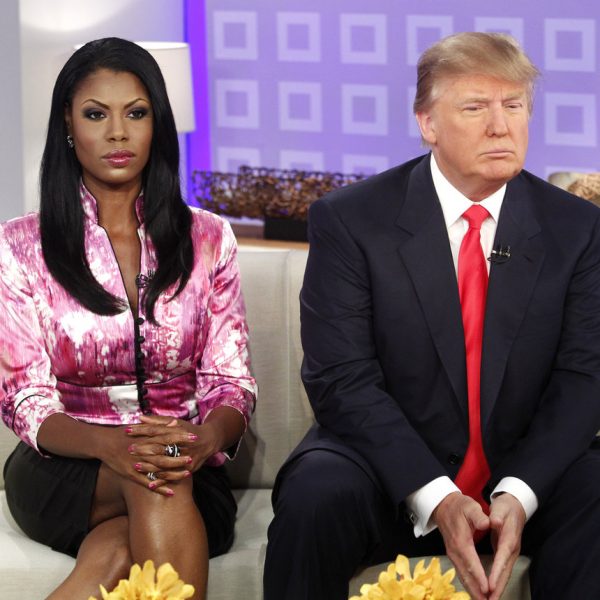 Former Apprentice Star and White House Employee Omarosa Manigault Newman has landed in the hot seat for not just exposing President Donald Trump’s racist conduct (in particular his use of “N” word) but also because she illegally taped him in the West Wing breaching all sorts of security rules. It doesn’t appear the government will be prosecuting Omarosa for this breach (yet), however it does raise a question regarding whether Trump can stop Omarosa’s tirade with his NDA he made her and allegedly all of his White Employees sign.

According to a draft obtained by the Washigton Post:

It would expose violators to penalties of $10 million, payable to the federal government, for each and any unauthorized revelation of “confidential” information, defined as “all nonpublic information I learn of or gain access to in the course of my official duties in the service of the United States Government on White House staff,” including “communications . . . with members of the press” and “with employees of federal, state, and local governments.” The $10 million figure, I suspect, was watered down in the final version, because the people to whom I have spoken do not remember that jaw-dropping sum.

Lastly, this restriction would cover Trump employees not only during their White House service but also “at all times thereafter.”

The NDA is purposefuly broad and aggressive. But can it be enforced? Most likely no for three reasons:

FOIA is a federal law which allows individuals to obtain access to certain records from federal agencies. It is very possible that a FOIA request could conflict with a non-disclosure agreement. A FOIA request might, for instance, cover a request for information on a government contract or grant or an unpublished policy statement, the substance of which is otherwise “nonpublic.”

Although Government employees do give up certain rights, including some First Amendment rights, when they enter government service, protecting the President from bad press does not warrant such an erosion of the Constitution.

Stay tuned for the rest of Omarosa tapes she is claiming to leak to expose Trump but also of course to promote her book (lol).