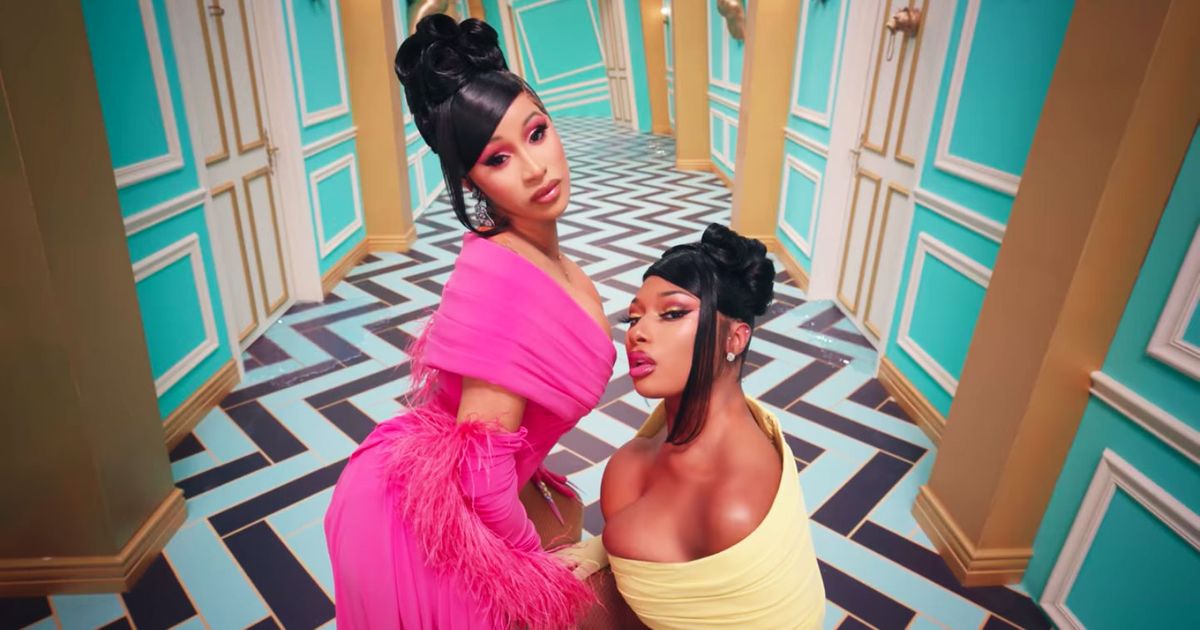 Bring a bucket and a mop.

The internet is short-circuiting with conservatives crying over Cardi B and Megan Thee Stallion’s latest release, ‘WAP.’ The Republican response to the provocative lyrics and video for the song has been aggressive and slightly shocking – but it takes more than being offended to censor a song. 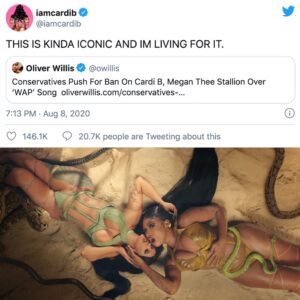 California Republican congressional candidate, James P. Bradley could barely wait 24 hours before categorizing ‘WAP’ as blasphemy. He wrote, “Cardi B and Megan Thee Stallion are what happens when children are raised without God and without a strong father figure. Their new ‘song’ The #WAP (which I heard accidentally) made me want to pour holy water in my ears and I feel sorry for future girls if this is their role model!” 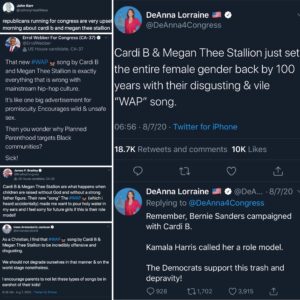 And on Monday, right-wing commentator, Ben Shapiro, released a video bashing the song and dubbing it a disgraceful product of the feminist movement. Shapiro is quoted as saying “[t]his is what feminists fought for. This is what the feminist movement is about. It’s not really about women being treated as independent, full-rounded human beings. It’s about wet-ass-p-word. And if you say anything different you’re a misogynist.” Almost immediately, remixes incorporating Shapiro’s voice rapping over the beat flooded the internet, adding to the pool of p-word juice that conservatives believe is tainting their pristinely dry and oppressive vision of society.

The uproar among Republicans has been interpreted as an attempt to shame Democrats for “suppor[ting] this trash and depravity” – a connection made by DeAnna Lorraine (Republican congressional candidate) in her tweets about the song. However, the conservative backlash has made the song an icon with over 90 million views on YouTube in less than 10 days. The irony is that a song that was meant to be “a pure moment of horniness and humor” (RollingStone) is now empowering women of color and exemplifying how they can use their voices in the music industry and politics to expose hypocrisy and misogyny in the world through the power of their art.

Ironically, the response has elevated the song to amassing a hoard of responses, likes and shares on social media, sensationalizing Cardi B’s support for Bernie Sanders and Joe Biden, and exposing conservatives as a bunch of prudes that don’t understand freedom of expression. Conservatives’ call to censor and ban the song is almost laughable, given that music in the US is protected under the First Amendment as a freedom of expression. Direct censorship on the internet is prohibited except for obscenity (only in extreme cases such as child pornography). And although copyright protections allow someone to sue to remove content, this avenue is only successful if the infringing song/video intentionally incorporates portions of someone else’s work. 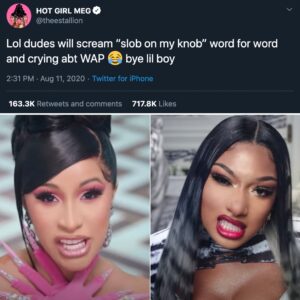 It’s no secret that the response to ‘WAP’ by both Republicans and men is hypocritical and absurd. Republican House candidate Erroll Webber called the song “one big advertisement for promiscuity” that “encourages wild and unsafe sex.” Pretty funny for a party that backed a President who openly dealt with women by prescribing that he “grab[s] ‘em by the pussy.” Megan righteously pointed out “Lol dudes will scream “slob on my knob” word for word and crying abt WAP. bye lil boy.” The only part of this that makes any sense is that conservatives are losing credibility while Cardi B and Megan are rolling in paper and amassing praise over the ludicrous response.

Are conservatives actually fulfilling Cardi B and Megan Thee Stallion’s hope for ‘WAP’ – to “pay my tuition” and “make it rain?”