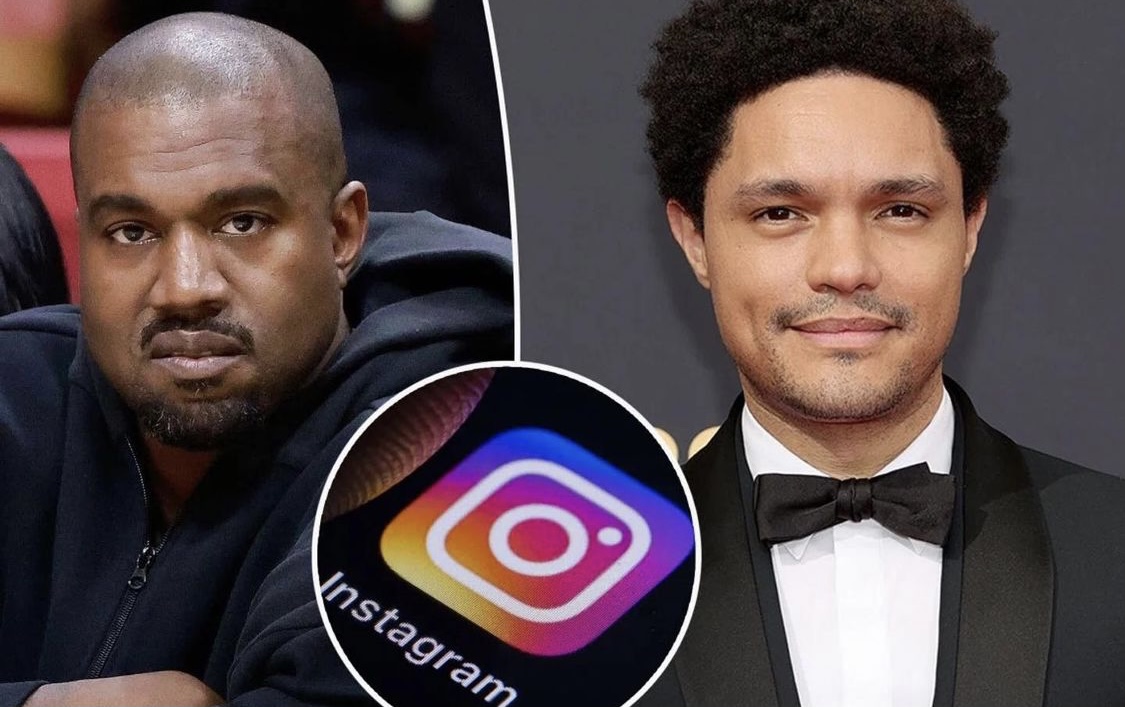 #KanyeWest has been temporarily locked out from his Instagram account for a day for violating the social media platform’s policies on hate speech, bullying and harassment after directing comments at comedian #TrevorNoah.

West was mocking Noah by using the offensive “k–n” slur to replace the original lyrics in “Kumbaya.”

West’s offensive posts toward Noah came in response to the comedian discussing his dynamic with Kardashian and Davidson on “The Daily Show.

Instagram accounts can be banned after repeated violations of the rules, especially if multiple accounts report the bad behavior. Most user accounts can be banned automatically via artificial intelligence if there are enough reports, but a large verified account like West’s would be managed through Instagram’s partnerships team, which has close relationships with a number of celebrities.

What’s interesting he’s already threatened #PeteDavidson and #DLHughley so I’m surprised they took this long to do the suspension.

His totality of his behavior has also led to Grammys disinviting him to perform even though he can still attend as a nominee. Rumor is he maybe doing a competing concert that night with some artists like Nicki Minaj is constantly snubbed by the Recordinf Academy.

Do you agree with this free speech restriction? Do you think Kanye will still attend Grammys?