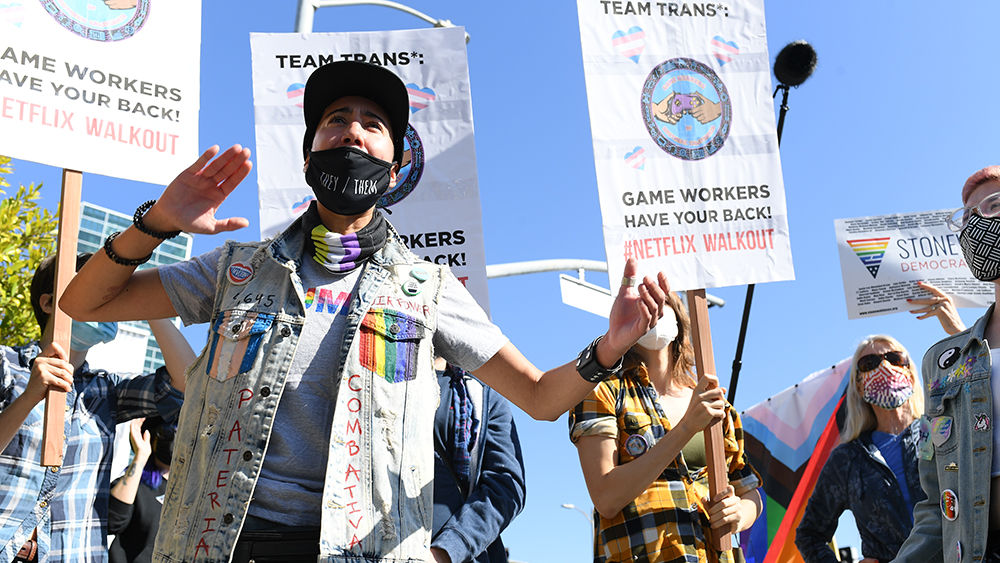 Last week, it was reported that Netflix employees were organizing a walkout in support of trans rights and inclusion as a response to the Dave Chappelle special. Criticism stemmed from a segment of Chappelle’s show in which he proclaimed to be “team TERF” (trans-exclusionary radical feminist). Controversy continued to escalate when the Netflix CEO spoke out in support of Dave Chappelle and their decision to house the special on their platform. In response, Netflix employees and their supporters took to the streets on Wednesday October 20th to speak out about how harmful words can translate to real-life violence.

“Everyone should have a voice, I believe in free speech but I also believe that words are harmful — words can lead to violence. This is not only about people’s feelings getting hurt or political correctness, this is about the threats of violence that people in the trans community face every single day.”

Other supporters of the protestors include Netflix stars like Jonathan Van Ness and Elliot Page.

In addition to protesting against the special, Netflix employees are also requesting that the company hire more transgender and non-binary people at the executive level, and create a fund to support actors that fall within this category as well.

Netflix CEO Ted Sarandos has not responded specifically to the walkout, but has admitted in other reports that he “screwed up” with his handling of his response to the backlash.