The long arm of the law strikes even after death.

Pop Smoke’s posthumous album, “Shoot for the Stars, Aim for the Moon” (released in July) is facing allegations of copyright infringement and unjust enrichment. Journalist Victoria Inoyo claims that, after turning down a nominal $1 offer by Pop Smoke’s label (Victor Victor Worldwide) to use her voice on the album, they still went forward with incorporating a portion of her 2019 Rolling Loud festival interview with the rapper on the outro for the song “Tunnel Vision.”

Specifically, the outro includes a clip of Victoria asking Pop Smoke how he wants to be remembered. His response being, “Pop Smoke came in and changed the game. Pop Smoke came through and showed n****s a new vibe.” Vicoria is not pleased and is seeking compensation of $1.5 million in damages, credit as a writer on the album and a percentage of its publishing revenue.

Victoria’s lawyer, Andre Williams, released a statement regarding the suit: “The label knew that it did not have Ms. Inoyo’s permission to use the interview; yet rather than negotiate with Ms. Inoyo in good-faith in order to obtain her permission to use the interview, the label inexcusably and unjustifiably used the interview and released the album and the song for commercial distribution in violation of, among other things, Ms. Inoyo’s copyrights and her intellectual property.” 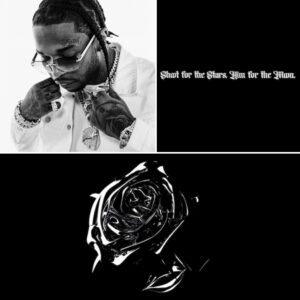 The album achieved abounding success (reaching the top of worldwide charts) despite Pop Smoke’s untimely death in February of 2020 before its release. As to the copyright infringement claim, Inoyo filed for copyright protection in December 2019, however, it is unclear whether the copyright was granted. Even if protection was extended, the fact that only a small portion of the entire interview was included on the album may cause a court to find the copying was de minimis and therefore not actionable. To counter, Inoyo may be able to argue that although quantitatively only a snippet of the interview was taken for the track, the snippet qualitatively constitutes the heart of the work, and therefore she is entitled to compensation for infringement.

Do you think Victoria is entitled to the $1.5 million in compensation that she seeks?