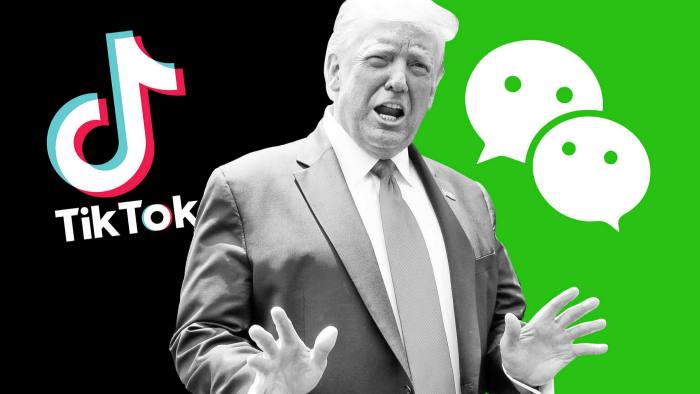 President Trump signed an executive order that will effectively disable TikTok and WeChat in the US if their Chinese parent companies do not sell the social media platforms to US buyers in 45 days. Trump’s threat and maneuver are based on his administration’s recent determination that these Chinese apps endanger national security and could jeopardize Americans’ data. 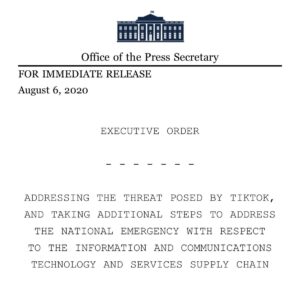 Trump initiated the countdown on Monday for ByteDance Ltd. (owner of TikTok) and Tencent (owner of WeChat) to transfer ownership or be shut down in the US – setting the deadline for September 15, 2020. The executive order, signed by Trump yesterday, alleges that data collection engaged in by the apps “…threatens to allow the Chinese Communist Party access to Americans’ personal and proprietary information – potentially allowing China to track the locations of federal employees and contractors, build dossiers of personal information for blackmail, and conduct corporate espionage.” 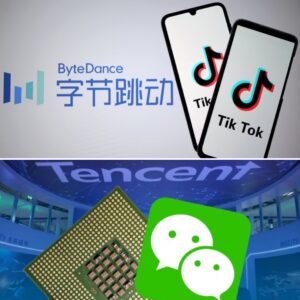 TikTok responded by denying Trump’s allegations, claiming it does not supply US user information to the Chinese government. A claim which it supports through evidence that their data is stored in the US and is backed up in Singapore. Regardless, TikTok has been complicit – it has cooperated with the US government for over a year and is in talks to sell US operations of its app to Microsoft. Still, this is not enough for Trump who demands that any deal entail “a very substantial portion” of the selling price going to the US treasury. This demand however, is not part of the language included in the executive orders and lacks backing by any specific presidential power or federal authority that would allow such an intrusion into private business dealings.

President Trump attempted to analogize the US charging TikTok to function and garner profits in the US with a landlord supplying a tenant housing in exchange for rental payment. However, such an analogy is legally unsound because at a rudimentary level, no lease (or contract) exists between the US and TikTok that would compel TikTok to pay a fee for its ability to operate inside the US. Interestingly however, Microsoft released a statement on Sunday in which the company acquiesced to Trump’s demand, stating it is “committed to acquiring TikTok subject to a complete security review and providing proper economic benefits to the United States, including the United States Treasury.” 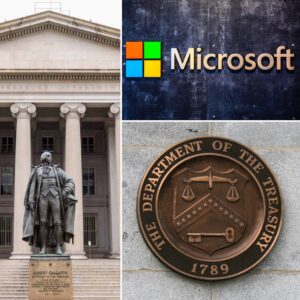 Given its efforts to appease the US government, TikTok is shocked at Trump’s treatment of the situation: “What we encountered…was that the Administration paid no attention to facts, dictated terms of agreement without going through standard legal processes, and tried to insert itself into negotiations between private businesses.” TikTok is adamant that they won’t be taken advantage of by Trump or his administration, stating “we will pursue all remedies available to us in order to ensure that the rule of law is not discarded and that our company and our users are treated fairly – if not by the Administration, the by the US courts.”

Meanwhile, WeChat (a prevalent commerce and group messaging app with over 1 billion users worldwide) is committed to resolving the issue and asserts they are “…reviewing the executive order to get a full understanding.”

US users are already strategizing ways to get around the ban, desperate to continue posting their coordinated dance routines and funny videos – some say they will try to trick servers while other, less technologically savvy users have conceded to switching to competitor apps, such as Triller and Facebook’s Reels. How do you plan to cope?