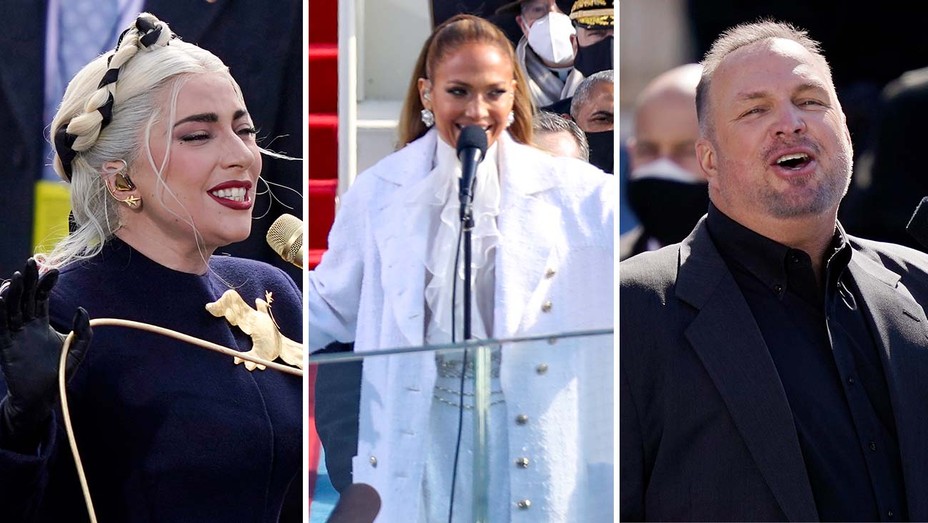 Lady Gaga performed the National Anthem at Wednesday’s Inauguration ceremony, while Jennifer Lopez delivered a version of “This Land is Your Land” and “America the Beautiful.” Garth Brooks led the crowd in a verse of “Amazing Grace.”

Gaga, who actively supported the Biden-Harris campaign in the 2020 election cycle, took the stage in Washington D.C. to perform the National Anthem right before swearing-in ceremony.

Wearing a large red skirt and golden eagle broach, the Grammy-award winning musician exchanged words with the newly elected POTUS and VP before singing “The Star-Spangled Banner” with a gold microphone, accompanied by the U.S. Marine Band. 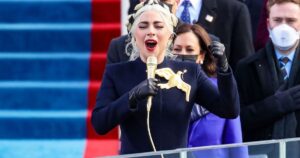 Lopez, also sang at the ceremony, performing a mashup of “This Land is Your Land” and “America the Beautiful” after VP Harris’ swearing in. She wore an all-white ensemble and said “one nation, with liberty and justice for all” in Spanish. 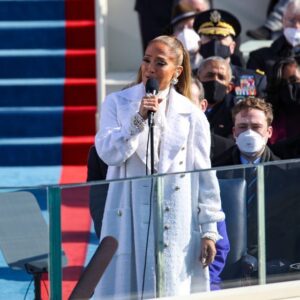 And finally, Garth Brooks performed “Amazing Grace” after Biden’s swearing in and inaugural address. He asked the crowd to sing the last verse with him, but “not just the people here, the people at home, at work, as one, united.”

What did you think of the performances? Comment down below!