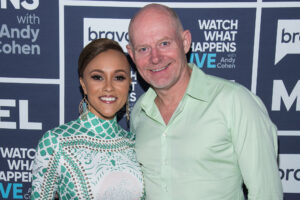 Ashley will most likely be receiving a significant financial sum from her estranged husband, who has an estimated net worth of $20 million. The pair had a prenuptial agreement that expired after five years of marriage.

“Now, in the event of a divorce, I will receive 50 percent of our assets,” she said in a Season 5 confessional.

The Bravolebrity suggested a postnuptial agreement after the prenup expired, but as of October 2020, nothing had been signed.

Things took a wild turn in 2018 when a cameraman accused Michael of groping him during filming for Season 4. Michael was subsequently slapped with felony assault and misdemeanor improper sexual contact charges over the incident, but they were later dropped.

His time on “RHOP” has also been riddled with cheating accusations, which he has denied, and uncomfortably flirtatious comments toward some of the ladies’ husbands and more.

Thoughts on the divorce?