Kanye has not yet dropped his wish to run for President.

Kanye may have lost his presidential run in this year’s 2020 election, but yesterday he hinted at another race with this tweet, “KANYE 2024.”

Kanye gathered more than a thousand votes in each of the twelve ballots he was in this election. Almost 50,000 people total voted for him.  His highest amount of votes was in Tennessee at 10,188.  His least amount was Vermont with 1,200 votes. 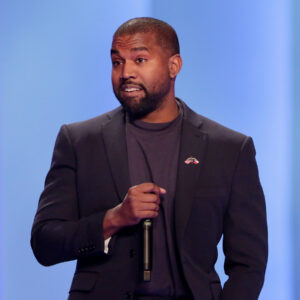 Earlier on Tuesday, Kanye announced that he voted for himself, the first time he had ever even voted in a United States presidential election.  He tweeted: “God is so good… Today I am voting for the first time in my life for the President of the United States, and it’s for someone I truly trust… me.”

Would you have voted for Kanye? What do you think of his Presidential endeavors?