Not Taking Any Chances.

Singer-songwriter, Mariah Carey, has recently claimed that she is unable to sit for a deposition in a legal battle with her former assistant Lianna Shakhnazaryan, because doing so would put her at an increased risk of contracting COVID-19.

In legal documents obtained by The Blast, the singer’s lawyers filed a petition asking a judge to order the assistant to stop continuing to press the singer to sit for a deposition, mainly because, “COVID-19 presents risks to all people, including lung damage, heart damage, organ failure, and death.” ‘Unique to Mariah, however, is the potential career-ending impact of any lung damage,’ it continues. It continued, “If Mariah’s lungs are damaged, she will no longer be able to record music or perform and thus lose her ability to earn an income.” 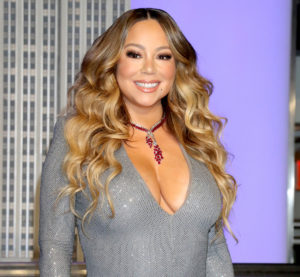 Now I’m sure some of you are thinking, “Why can’t she just do it on a ZOOM call?” Well, according to her legal team, Carey also shot down the idea of doing a remote deposition because she would require a team of multiple people to help her set it up, also putting her at risk.

Carey has been suing Shakhnazaryan for allegedly trying to extort her for $8 million with ‘intimate’ videos she filmed without her permission. She is seeking $5 million from the ex-assistant.

It is likely that a judge may dismiss Carey’s claims for not wanting to to have a remote deposition. A remote deposition doesn’t seem to pose a great risk to one’s health, given the fact that all it requires is a laptop/computer and an internet connection. What do you think? Should Mariah be forced to show up to her deposition? And is possibly losing her singing career from COVID-19 a good enough reason to skip out on it?