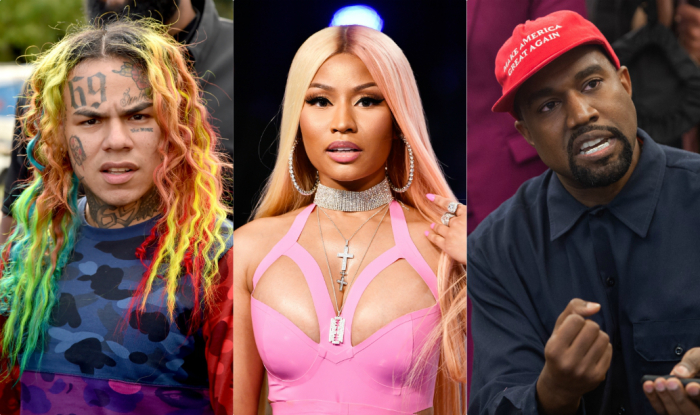 Shots fired (again). The set of a Tekashi69, Kanye West and Nicki Minaj video at a $80 Million Beverly Hills mansion was involved in a drive-by shooting in Los Angeles over the weekend where at least eight shots were fired. No one was injured but one of the bullets went through what was supposed to be Minaj’s dressing room. Minaj had not arrived but Kanye was there when the shots were fired.

This is the second time he has been involved in a shooting in one month fresh off his probation trial. Shots were fired at adinner following his October 26 sentencing for unlawful use of a minor in a sexual performance as we reported earlier. Tekashi69’s bodyguard was shot four times while positioned outside the restaurant the rapper was at. He’s said to be in a stable condition.

It definitely seems like trouble follows him wherever he goes. Any more incidences could seriously put his probation (he has 3 years left to serve) at risk so it would behoove him to keep a low profile moving forward.