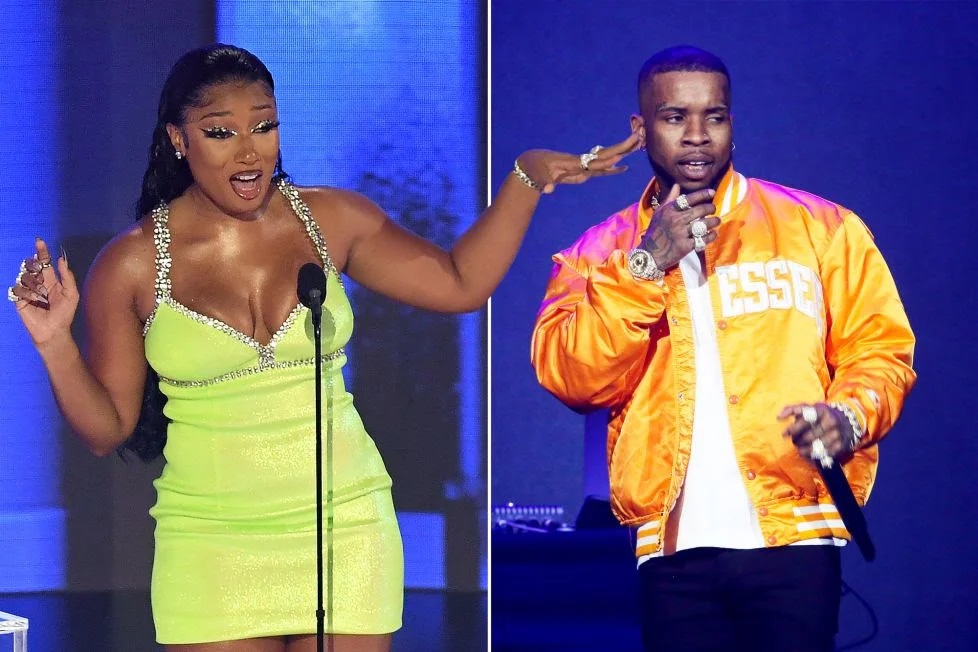 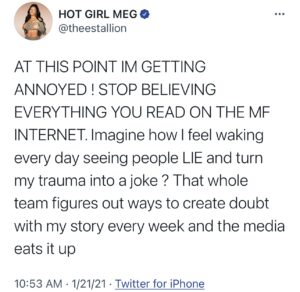 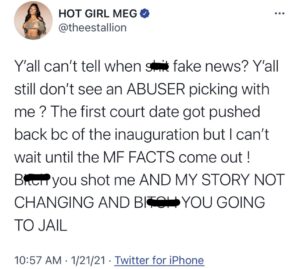 According to the media outlet, Page Six, a source clarified that it is not up to Megan to drop the charges because she is not the one who filed them in the first place.

“The LA County District Attorney’s office filed the charges against him, not Megan, so only they could drop the charges,” a source exclusively told Page Six. “But the reality is he will have to deal with the consequences of his actions.” A representative from the Los Angeles County District Attorney’s Office stated that the next court date for the case is now set for Feb. 25, following the originally reported hearing date of Jan. 20.

Megan has repeatedly accused Tory on social media of shooting her following a dispute in July 2020. However, Tory has maintained that he is innocent.

In November 2020, Tory pleaded not guilty to one felony count each of assault with a semiautomatic firearm and carrying a loaded, unregistered firearm in a vehicle. He faces up to 22 years in prison if convicted.

We’ll be sure to keep you updated on this case as it is pending.