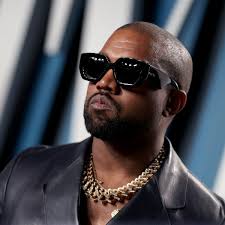 Kanye West and Yeezy Apparel has been sued by a tech company, MyChannel Inc., for alleged breach of contract. The company claims Kanye copied their video commerce technology. The suit alleges that Kanye re-branded its name as YZY Tech in business meetings with companies like Adidas, and portrayed “ideas such as those of [MyChannel] as his own.” According to TMZ, MyChannel is seeking more than $20 million dollars in damages.

MyChannel started working with Kanye in 2018 to help Kanye increase his earnings with his Yeezy line. The parties allegedly entered into a verbal contract.  Allegedly, MyChannel and Kanye had an oral partnership agreement that included a mutual non-disclosure agreement. There has not been any reference regarding a written contract. The Billboard stated,  MyChannel claimed Kanye breached their mutual non-disclosure agreement when he took “their proprietary and confidential technology and information to fuel the e-commerce engine” of his Yeezy brand.” The Tech company stated they were promises millions of dollars in economic reward” in the formation of a partnership, but Kanye didn’t follow through. MyChannel claims they relied on the promise to their detriment by devoting so much time to the Yeezy project. The tech company devotion lasted for months. MyChannel made accommodations to give the Yeezy contract its full attention. Those accommodations included moving their headquarters from Pennsylvania to Yeezy’s headquarters, first in Calabasas, California, and then Chicago, Illinois. Allegedly, working full time on the West project cost them $7 million.

The lawsuit was filed in California Federal court. Verbal contracts are usually frowned upon. Although they are legally binding, meaning they can be enforced in court, a verbal contract can also be difficult to prove. MyChannel will more than likely submit any communications between Kanye regarding this partnership for the Yeezy line. Pursuant to California Civil Code §1624, referred to as the Statute of Frauds, certain contracts are required to be in writing. For instance, an agreement that is not to be fully performed within a year from its making must be in writing. The court will likely determine whether the agreement was enforceable and if there was a breach. MyChannel does not appear to be seeking specific performance, but monetary damages.

What are your thoughts? Do you think Kanye upheld his end of the deal?