Kim and Kanye boarded a private jet in Wyoming after Kim was supposedly contemplating divorce.

For quite some time, Kanye has been staying at his Wyoming mansion while the children remained in Los Angeles with Kim. However, yesterday the couple’s son Saint, was seen standing on the stairs of the plane as he waited to take off. It is also likely that the other children were already on board the plane. 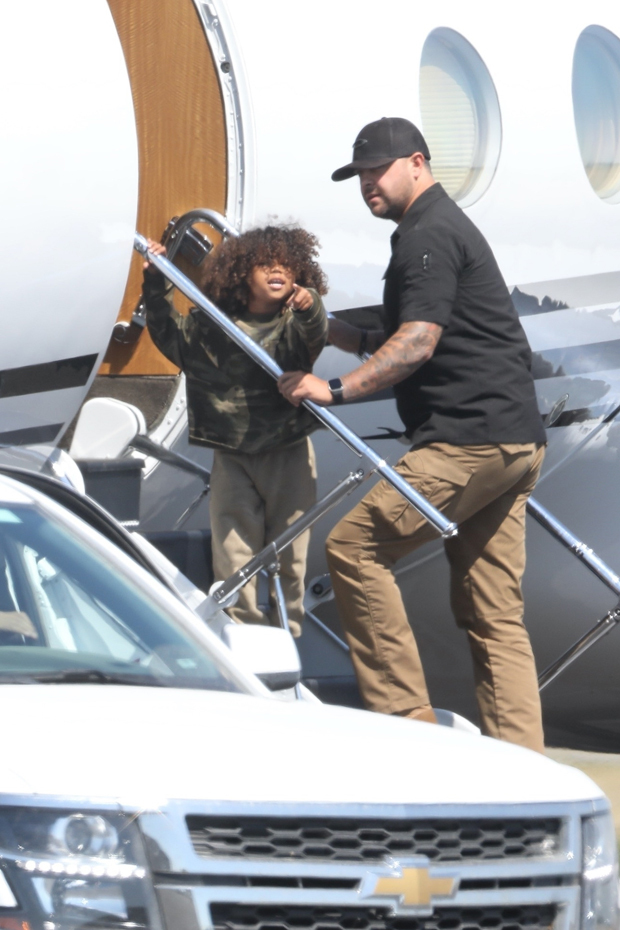 It is alleged that the couple has decided to take a family trip in hopes of saving their marriage. Earlier this month, Kanye had announced that he had been trying to divorce Kim for two years.

Kim and Kanye were married in 2014, and even though Kanye supposedly did not want a prenup, however, the couple agreed on a relatively simple agreement. According to the terms, Kim will get one million for each year of marriage, up to 10 years. Kim will also be able to keep all the money she earns through her reality show, clothing line and promotional deals. Kanye also supposedly has a life insurance policy valued at $20 million and Kim is the named beneficiary.

Thus, there are certainly some benefits for Kim to remain married to Kanye.

However, if the couple were to divorce, they would need to decide custody over their four children, which will ultimately be decided by a judge. However, given that the main driver of child custody is the child’s best interests, it would be probable that Kim would get full custody. In California, judges look at several factors including child’s desires (if over 12 years of age), parental emotional and mental stability, parental criminal history, and a parent’s ability to look after the child.

Given Kanye’s recent struggle with bipolar disorder, Kim would likely get custody. Thus, there are also benefits for Kanye to remain married to Kim.

What are your thoughts on the Kim and Kanye’s marriage? Do you think it will survive?