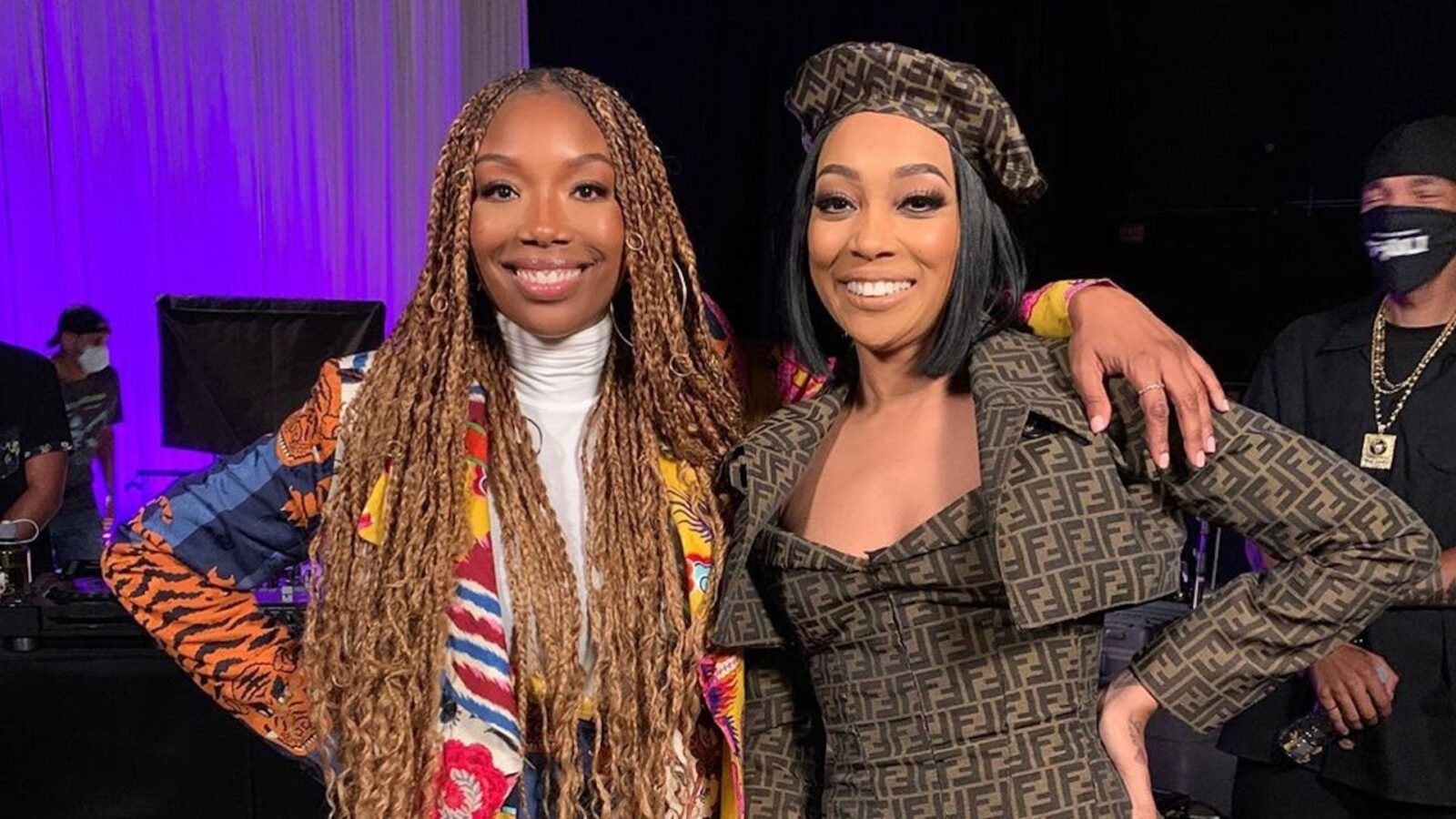 Battle royale between the queens of R&B.

On Monday, 90s R&B legends Brandy and Monica went head-to-head in Tyler Perry Studios to determine whose catalog of hits reigned supreme. The Verzuz TV session broke the record for the highest livestream viewership in the shows history. With over 1 million viewers tuning in via Instagram Live and millions more watching on other streaming platforms, the show attracted over 6 million viewers. 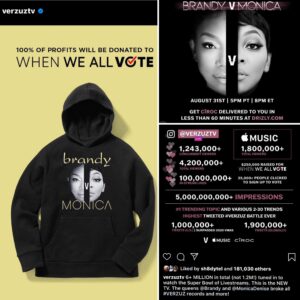 Most impressive, the battle astoundingly generated more than 35,000 clicks to register viewers to vote. The 90s pop queens along with an appearance by Democratic VP candidate Sen. Kamala Harris, motivated viewers of the program to register and to raise more than $250,000 for Michelle Obama’s “When We All Vote,” a non-profit, non-partisan organization with a “mission to increase participation in every election and close the race and age voting gap by changing the culture around voting…” Proceeds from the duo’s split-face design merchandise were also directed to this initiative. 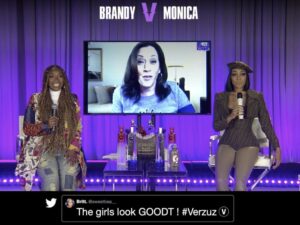 The chemistry between Brandy and Monica evoked a nostalgia for the mid-90s that could only be satiated by experiencing these icons vibe out to their biggest tracks in friendly competition. I mean how could you listen to “The Boy Is Mine” and not be compelled to go out and vote?

Billboard declared Brandy the winner of the battle do you agree?