What You Don’t Know Can Hurt You.

Cal Spears, a Nashville CEO, was contacted by his GoDaddy broker about someone interested in purchasing the domain name WashingtonFootball.com. However, he had no idea who he was selling to and sold the domain to the Washington Football Team and owner Dan Snyder for only $10,000, much less than Spears could have bargained for. 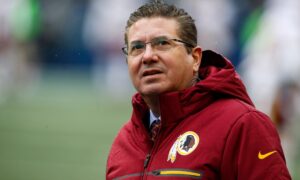 Snyder and the team likely knew the value of the domain was higher when they originally offered $3,500 to Spears.  They were in the market for the domain after renaming the Washington Redskins NFL franchise to the placeholder name Washington Football Team last Friday.

Spears took the missed opportunity in stride and donated the $10,000 he received to the American Indian College Fund.

Copyright does not cover domain names or titles of books or movies. A copyright can’t help if someone registers a domain name matching your new movie title or, in this case, a football team name.

However, if you have a domain name that is distinctive enough, you can trademark it to protect yourself against anyone else using the name you have popularized. Neither copyright nor domain registration offer the same protection.

Snyder lost his chance to trademark the name “Warriors” for the team earlier this year. A trademark squatter who purchased several trademarks related to the Washington Redskins, including Federals, Americans, and Monuments, has reportedly offered to give Snyder the trademarks for free if he donates to native american charities. No word on if Snyder has accepted the offer.

Will these trademark battles affect the name the team ultimately settles on?