Rapper, Travis Scott, has landed a partnership deal with McDonalds and fans are loving it. The partnership includes merchandise and a limited edition meal. McDonald’s is a very valuable fast-food chain,therefore the partnership can be lucrative for the rapper. As mentioned above many fans are excited, but allegedly some McDonald franchises did not agree with the deal because of some of the rappers risque lyrics. 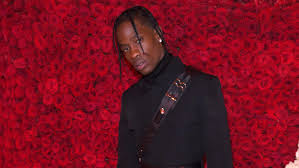 According to the New York Times, Partnering with Scott is a way to advertise to young people without all the burdens and potential misfires of actually advertising to young people. The partnership is also a great example of how artists brands are a form of intellectual property that can be monetized beyond music. This deal is likely to enhance value of Scott. McDonalds generate billions in revenue each year.

Travis Scott is already a successful rapper who has his own festival called Astroworld. Scott also has collaboration with Nike, a cereal brand, and Hot Wheels. The McDonald’s partnership will likely lead to more collaboration deals as Scott will get more recognition. Seems like a win-win for both parties.

What are your thoughts? Was this a smart deal?