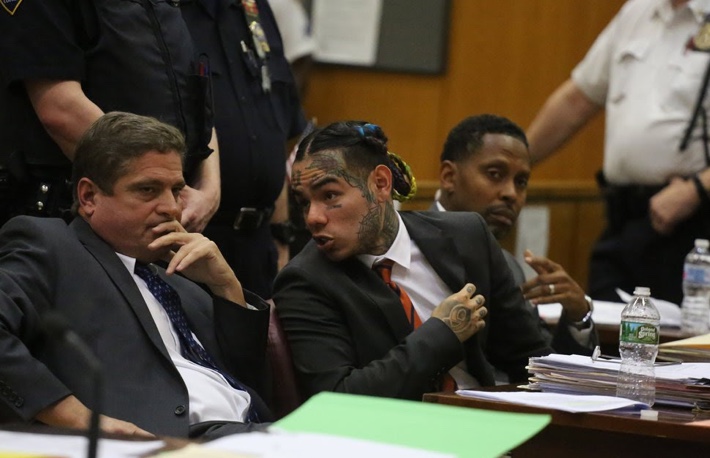 So the trial is over, what is next for Daniel Hernandez aka Rapper Tekashi 6ix9ine?

Short Answer: No one knows.

Here is what we do know:

6ix9ine cooperated with the hope of receiving a 5K1 letter from the government. That letter, if he receives it, will communicate the full extent of his cooperation to the judge, and the government can then recommend to the judge a sentence less than the 47-year minimum 6ix9ine currently faces. How much less? We won’t know until his sentencing date which is January 24, 2020.

To receive the 5K1 letter, 6ix9ine has to meet a number of conditions. They boil down to helping the government in the case; confessing to “all crimes which he has committed”; and not committing any new crimes. With all of his case’s defendants now either having pleaded guilty or found guilty of major crimes at trial, the first part of that appears to have been met. Although, if the government decides 6ix9ine wasn’t completely truthful when he was on the witness stand, he would lose his chance at a reduced sentence. When it comes to the second part, confessing old crimes, 6ix9ine’s cooperation agreement outlines a lot of them. Beyond the incidents that many people already knew about, like the Chief Keef shooting and the brawl at LAX, there is also a pre-fame heroin deal he brokered, years’ worth of domestic violence (“incidents of domestic violence from approximately 2011 through in or about November 2018,” the agreement says), weed dealing starting way back in 2013, and even paying someone to take three guns from Georgia to New York “in or about 2018.”

The cooperation agreement makes clear that, whenever he is released, witness protection (technically the Witness Security Program of the United States Marshals Service) is a very real possibility if the rapper faces “a significant risk of physical harm.” However as we reported previously, Tekashi is rumored to want to turn down the witness protection and just get 24/7 bodyguards instead.