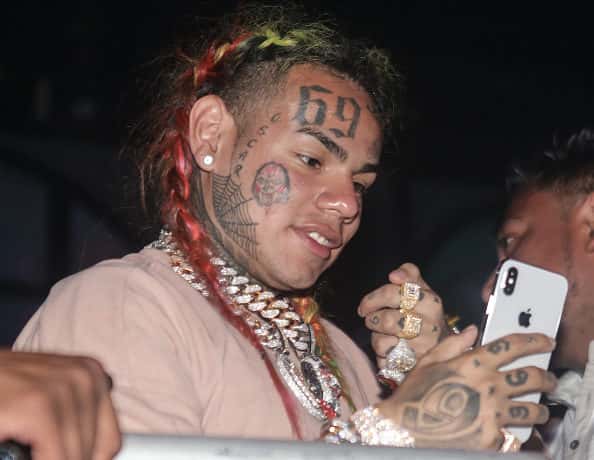 Daniel Hernandez aka #Tekashi69 a few weeks ago sought permission from his judge to extend his home confinement to his backyard so he can shoot a music video lol. As you recall he was released a few weeks ago with a compassionate release due to corona virus (he has asthma and already finished most of his sentence and so the judge let him loose).

If you recall, his past videos have not worked out so well, with the last one Nicki Minaj having gunshots. His home confinement is scheduled to end in July. Per his early release order, he is not allowed to do participate in anything with gang violence, guns or drugs so his video wouldn’t be able to refer to those things.

On this past Friday on his birthday not only did he premiere his new music video that got millions of views (77 million in counting) on YouTube:

But he also returned to social media with a Instagram Live Session where he pretty much made the excuse that he “ratted” on the individuals only because they threatened him and his family and kidnapped him. And no one would serve over 50 years if they were put in same situation.

While this may be true I don’t think it safe or smart to glorify being unloyal.

Will you still be a fan of his music?