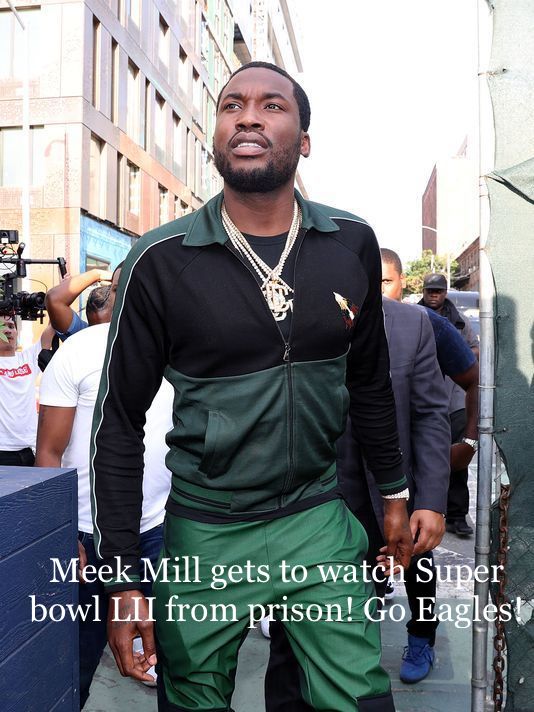 Rapper Meek mill may be locked up but he isn’t locked away. He gets to watch the Super Bowl LII from jail! Does it have something to do with his song?

The 2017 Philadelphia Eagles are on their way to becoming Philadelphia icons, but first decided to show some love to Meek, the infamous imprisoned rapper. After the Eagles defeated the Minnesota Vikings and advanced to their first Super Bowl since 2006, they decided to celebrate rapping Meek’s “Dreams And Nightmare Intro in their locker room which went viral.

The judge who allegedly has had it out for Meek, sent Mill to prison for two to four years, even though an assistant district attorney and Mill’s probation officer had recommended that he not be incarcerated. Mill is now being held in a 1,175-bed medium-security prison in Chester, Pa. He isn’t eligible for parole for at least two years. He is currently appealing the alleged bias judge decision.

Do you think inmates should have special privileges like watching the Super Bowl?