What goes around comes around.

Love & Hip Hop’s Brittany Taylor is given a temporary restraining order after she allegedly beat a woman in her apartment complex. In addition to the protective order, Taylor has been ordered to surrender any firearms in her possession. 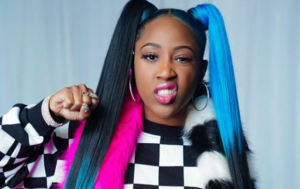 As reported by TMZ, People, and other news outlets, a New York judge has issued a protective order against Brittany Taylor, which will stay in place until December 14, 2019. Taylor was arrested after allegedly throwing her cellphone at a woman’s face and scrapping her neck at her apartment complex. Brittany is now facing charges of assault exactly two months after she accused Remy Ma of assaulting her (ironic isn’t it). Taylor was released without bail and her attorney is asking the District Attorney for a meeting in an exertion to have the charges dropped.

Given that Brittany is charged with assault, under New York law she could be facing up to a year in prison, yet, if this is her first arrest for an assault it may not result in any jail time at all. However, if Brittany is not charged with assault she may be charged with a lesser offense such as attempted assault. It does look like Taylor may get off the hook with this one since the seriousness of the altercation is not extreme and no weapons were used, all factors which the prosecutor will consider before deciding whether or not she will be charged.