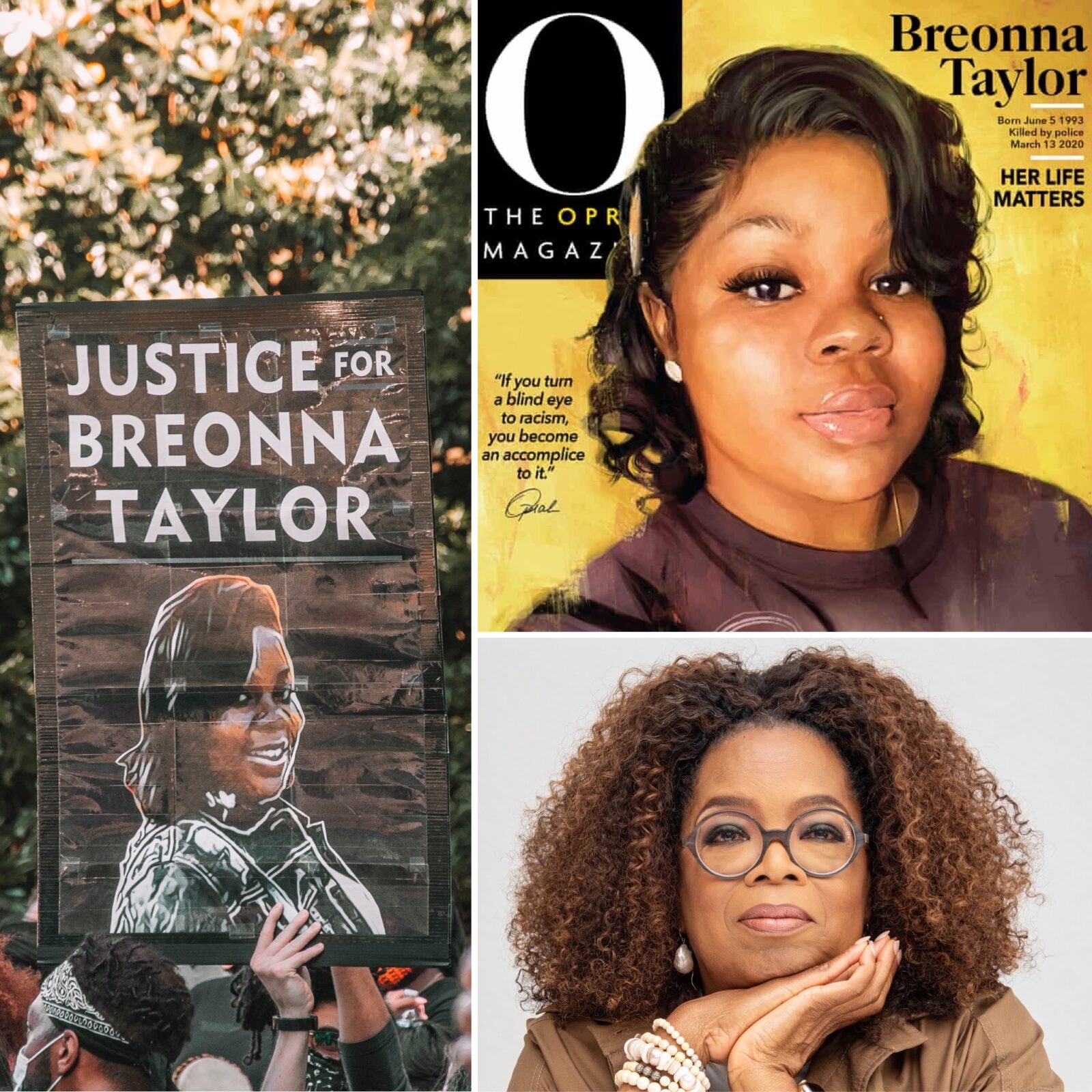 Oprah Winfrey gives up the cover of O Magazine for first time since its inception 20 years ago.

The cover of the September issue will be graced by a portrait of Breonna Taylor, who earlier this year, was shot and killed by police as she slept in her home. Artist Alexis Franklin digitally edited the photograph for the cover. The base picture was one that Breonna took of herself and one that has been used extensively in protests and to represent Breonna in efforts to bring accountability for the injustice she endured. 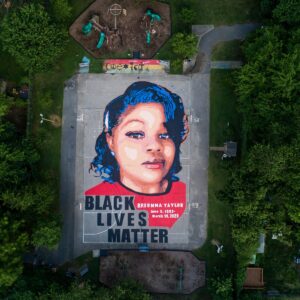 Breonna’s face has become an icon and her story, an inspiration and driving force behind the Black Lives Matter movement. “If you turn a blind eye to racism, you become an accomplice to it,” Oprah said in a quote that also appears on the cover. This impetus is exactly why Oprah’s focus in this most recent installment of O Magazine is to tackle issues of institutional and systemic racism. The issue includes a section titled “Hard White Truths” which was specifically written to educate and inform white readers on how to “dismantle the status quo.” 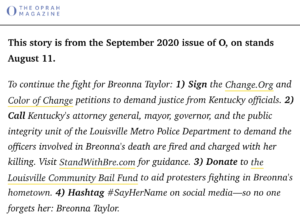 On March 13, 2020, Breonna, a 26-year-old emergency medical technician, was fatally shot by the Louisville Metro Police Department when they raided her home while executing a no-knock search warrant. A no-knock warrant is a search warrant that gives police the authority to enter a premises without first knocking or announcing their presence or purpose. The police suspected that Breonna was receiving controlled substances to her residence and that she was implicated in on-going drug investigation. However, the investigation was centered around 2 other main suspects and a drug house that was located at least 10 miles away from Breonna’s home. Breonna was brutally shot 8 times after her boyfriend (Kenneth Walker) engaged his registered and licensed firearm, believing that the police officers were intruders. Breonna’s family is embattled in a wrongful death lawsuit against the police department in which they argue that the police opened fire “with a total disregard for the value of human life.”

Oprah took to Twitter and Instagram on Thursday to express the motivation behind her decision to feature Breonna’s photograph on the cover. “We can’t be silent. We have to use whatever megaphone we have to cry for justice…I cry for justice in her name.” And in her column, “What I Know for Sure,” Oprah sent a heartfelt message, establishing a kinship between herself, Breonna Taylor and all of the innocent Black humans that have been victims of violent injustice perpetrated by police: “She was just like me. She was just like you.” “And I feel a personal connection because I am these women. These women are me,” she continued. 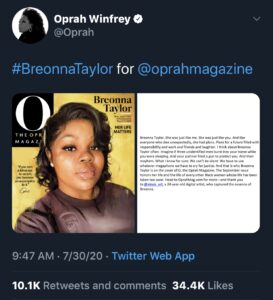 None of the 3 cops involved in Breonna’s murder have been arrested or charged and only 1 has been fired for misconduct. Will you “turn a blind eye” or open your eyes to our shared reality?