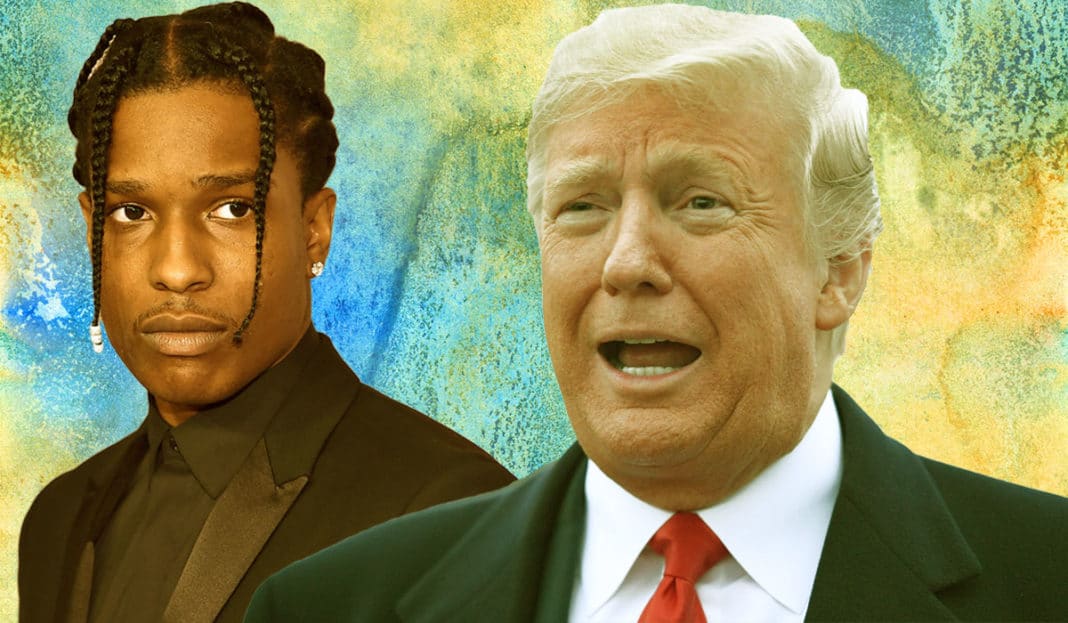 President Trump (at the behest of Kim Kardashian and Kanye West) who has also helped turn the Asap Rocky assault case into an international incident, sent a hostage crisis diplomat to the Sweden courtroom. Robert O’Brien is the president’s special envoy for hostage affairs.  Unfortunately, not sure it will help much.

Rocky, 30, whose real name is Rakim Mayers, as we reported last week is accused of assaulting Mustafa Jafari, 19, on June 30 while the rapper was in the city to perform at a music festival. Rocky, along with his co-defendants, Bladimir Emilio Corniel and David Tyrone Rispers, all pleaded not guilty on Tuesday.

Two years in jail is a pretty long time for someone who was seen on camera defending himself about hecklers that got in his face and invaded his personal space making him fear for his safety hence is “push” response. Ironically, Asap Rocky could claim assault by the tourist but the prosecutors are allowing his heckler to claim self defense.

The case seems to be turning on also whether a bottle was used in the assault on the heckler. Asap Rocky took the stand today in his defense claiming he had a bottle a total one point but no bottle was used when he pushed the heckler away. Check out this audio testimony regarding the bottle courtesy of TMZ:

Additional testimony about the incident in full, courtesy of Associated Press:

What is your prediction? Will they find him guilty? I predict they will but will not give him the full 2 years.