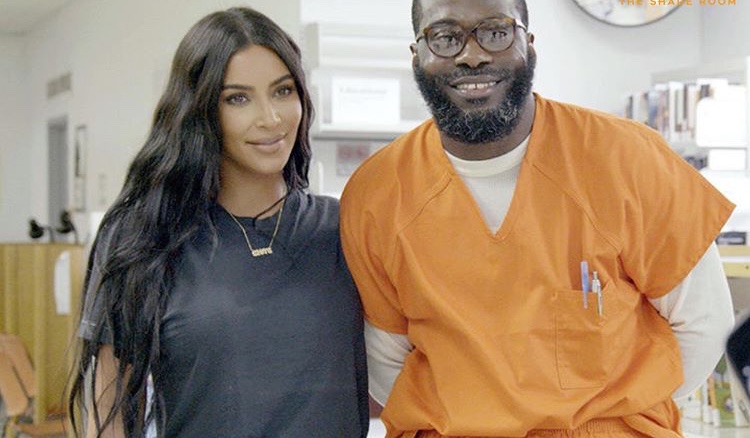 In the middle of aspiring Lawyer Bae Kim Kardashian filming of her new Oxygen series on her criminal justice reform work, she has release another inmate.

This time Momolu Stewart who as a teenager accidentally shot another teenager he was in a argument with when he thought he was reaching for his waistband for a weapon. Unfortunately the victim was actually unarmed.

Since the Momolu has enrolled in college courses at the Georgetown DC prisoner program and has been a model inmate at his prison. This all got the attention of Kim K who is one of many persons who wrote letters advocating for his release since it has been 22 years. He also had trauma as a child with his mother killing his father which forced him to turn to the streets for guidance.

Momolu’s release is part of the Incarceration Reduction Amendment Act, which aims to give those who committed serious crimes as children a chance to have their sentences reduced. You must show proof of rehabilitation under this law.

This is a true redemption story. Go Kimmie!