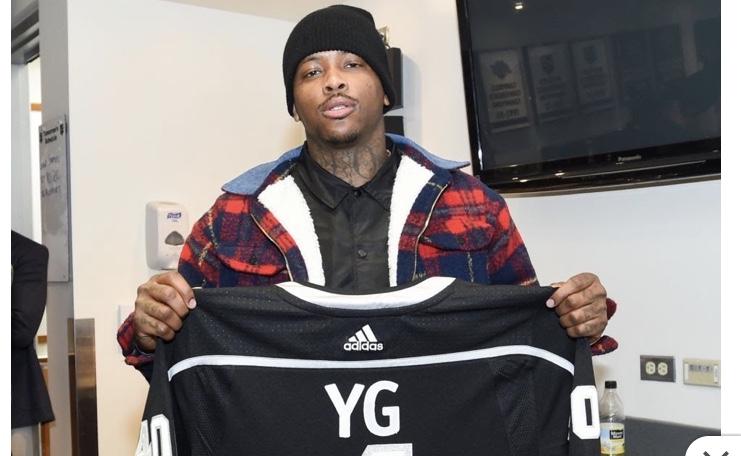 Keenon Jackson aka YG taken into custody and was held at the Men’s Central Jail on robbery charges after a morning raid of his home.

The Sheriff’s office is also investigating the hip-hop artist, born Keenon Daequan Ray Jackson, after a vehicle registered in his name was involved in a pursuit that turned into a deadly deputy-involved shooting.

His bail was set at $250,000. He posted it in time to perform tonight in the Nipsey Hussle tribute.

Will you be watching?