Petty’s crimes may make you say Yikes, but has he changed?

Nicki Minaj’s husband (Kenneth Petty) filed documents to modify the terms of his pre-trial release (which requires him to abide by a curfew and not to leave the state of California) so that he can travel with Nicki as her manager and be there for their child’s birth. Petty was recently arrested in California for failing to register as a sex offender after moving to the state to live with Nicki. He subsequently registered as a result of the arrest. In the petition, Petty states that there is no opposition to his request by the U.S. Attorney’s Office nor the pretrial services office. 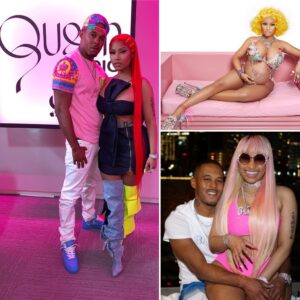 Petty’s trouble with the law originated in New York in 1995 when he was charged with first degree attempted rape of a 16-year-old girl. At the time, Petty was also 16 years old (although other reports place him as being 15 years old at the time of the incident) and served 4 years in jail with a release requirement of registering as a sex offender in New York. In California, this offense is considered a Tier 1 misdemeanor that requires Petty to abide by sex offender registration requirements for at least 10 years after moving to the state. Under California law a convicted sex offender must register with local law enforcement within 5 days of moving to or within the state and must also register every year within 5 days of their birthday.

Nicki excitedly announced her pregnancy on Instagram on July 20 by posting a montage of photos (including 1 by David La Chappelle) showing off her pregnant body in an ethereal aesthetic. The couple was married October 22, 2019 and Nicki has publicly praised Petty for being a positive influence in her life and career. “Whenever I’m down, I can have one conversation with my husband and it will get me back where I need to be mentally…He’s been a really great force in my life…I feel a level of comfort with him that I hadn’t felt before or just be myself and to share who I am,” Nicki boasted on Queen Radio in February. 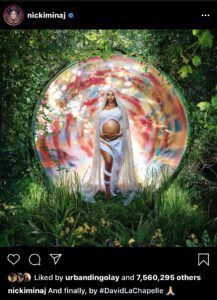 Petty additionally was imprisoned for 7 years after he pled guilty to a first-degree manslaughter charge for his implication in a 2002 shooting (he served his sentence from 2006-2013). Given Petty’s past offenses, do you think he deserves to travel outside of the court order’s parameters to be there for the birth of his child?