Brooklyn Rapper, Bobby Shmurda, known for his hot single and Shmurda “Shmoney Dance” has served six years in prison. Fans are anticipating his release soon. Shmurda’s mother told Shade room that her son’s hearing was scheduled for Tuesday, August 18. There were previous rumors of the hearing allegedly taking place the first week of August. 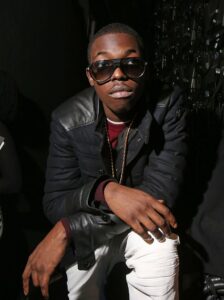 A Department of Corrections and Community Supervision official confirmed with Complex, that Shmurda is expected to appear before the Board of Parole the week of August 17th. There is a possibility that he could be released following the hearing if the New York State Board of Parole allows it. “The Board of Parole has two weeks from the date of the interview with the incarcerated individual to render a decision.”

Parole is a process that begins while the person is in jail. Incarcerated individuals participate in interviews to determine parole. The interview consist of questions regarding  criminal history, future plans, release plans, etc. Shmurda pleaded guilty in September 2016 to conspiracy charges, and weapon possession following prior arrests in 2014 . The other charges were dropped. The New York State Board of Parole has discretion to grant Shmurda release. If he is released he may have parole conditions to meet. Failure to comply with the conditions is a violation and the parole can be revoked.  If Shmurda is released he must be on his best behavior and follow his parole plan. If the parole hearing does not go well, the absolute latest Shmurda could possibly be released is December, 2021.