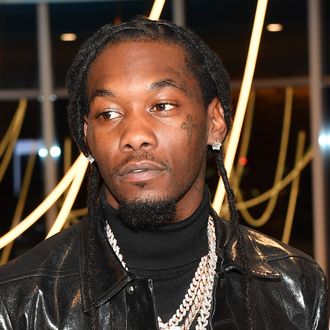 Rapper Offset was briefly detained for allegedly waving guns around in public. Allegedly guns were being waved at people attending a Trump rally in Beverly Hills on Saturday. Offset was pulled over by the cops because they thought he was the suspect. Offset livestreamed the incident until he was forced to get out of the car. 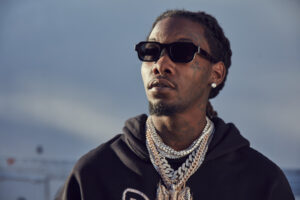 Offset was not arrested by the LAPD, but he was placed in handcuffs. Many fans and bystanders recorded the incident and posted to social media. The LAPD confessed that they had the wrong guy. Offset is likely to file a lawsuit. During the livestream video, Offset tells the officers, “I’m a f–king celebrity, do you know who I am?” “I’m Offset from Migos.”

This appeared to be a frightening situation for Offset. Offset clearly feared for his life because he stated, “You told me to put my hands up. I’m not doing that. There’s 25,000 people on my livestream.” There has been so many tragic incidents of police brutality and cop stops of Black people that end in their death.

It is unclear why the officers thought Offset was waving guns at people.  Among the comments made were, “You’re gonna get sued publicly.” There are a range of options Offset could take, it depends on the nature of the incident and the after effect it had on Offset. Offset could file a complaint with the LA police department.  He could file a civil lawsuit for false imprisonment. Here, the officers admit that Offset was the wrong person. Offset must show that he was unlawfully detained. The officers are more than likely to state they had valid reason to believe that Offset was a danger to them and others which was the reason they had their guns drawn on him.

Offset’s wife, Cardi B was allegedly at the scene in a different car. Cardi B is known to voice her opinion on these type of incidents on her social media. So far Offset and Cardi B have not made a public statement yet.

What are your thoughts?  Do you think Offset was properly stopped and detained?