Not So Kind After All.

“The Ellen DeGeneres Show” has become the subject of an internal investigation by WarnerMedia following numerous accounts of workplace problems on the long-running daytime series, Variety reports.

The decision to start an investigation followed the publication of articles that included interviews with employees who complained of discrimination, racism, and mistreatment. 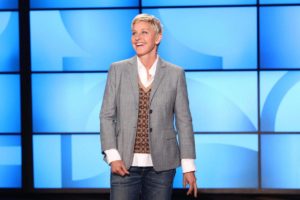 For over a decade, TV host Ellen DeGeneres has made audiences around the world laugh while promoting her message of being “kind”. As it turns out however, many who worked under DeGeneres have recently come to the surface to talk about their experiences as an employee and what it’s really like working for the talk show mogul.

Executives from Warner Bros. Television and the production company Telepictures sent a letter to employees of the talk show last week that outlined the company’s investigation, according to two people with knowledge of the letter. WarnerMedia’s employee relations department, along with representatives from an outside company, will interview current and former staff members about their experiences on the program, the people said.

We’ll keep you posted on any developments related to this story.