Keke do you love me? 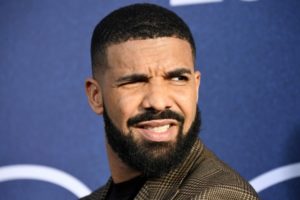 Producer Samuel Nicholas III aka Sam Skully is in his feelings and claims that Drake sampled his song “Roll Call” on “In My Feelings” without permission or payment. Nicholas also accuses Drake of stealing another beat for “Nice for What,” his collaboration with Big Freedia.

He claims to have released the music in question in New Orleans in 2000. Nicholas is seeking damages from from Drake and Big Freedia as well as three record labels: Asylum, Cash Money, and Republic.

Both songs are some of Drake’s top selling hits on Billboard so Skully should receive a huge judgment or settlement if Drake keeps this out of court. What will Skully have to prove infringement?  As a plaintiff he must show he or she owns a valid copyright (i.e. a valid copyright registration from the Copyright office), the defendant actually copied the work (including showing the defendant had “access to the work”) and if the level of copying amounts to misappropriation (which percentage of the entire work was used?). Copyright infringement is allowed under “Fair Use” act but that is typically for use that is educational or non commercial and use is a small amount. Drake wouldn’t be eligible for this so let’s analyze the likelihood of Skully’s infringement claim.

In this case, assuming Skully has a copyright registration, he can show Drake never gave him money or credit for the song (no permission) and had access to his “Roll Call” song easily because as a producer he plays his music for artists he works with. So this leaves whether or not the amount of the alleged use of the Roll Call track was a substantial amount. When you listen to the two tracks the drum repetitive beat is used the most and used throughout the whole song so Skully should definitely be credited and paid as contributing producer.

Listen to the two songs – what do you think?

Need help filing a copyright or fighting your copyright litigation – Click here for “Copyright My Stuff”.