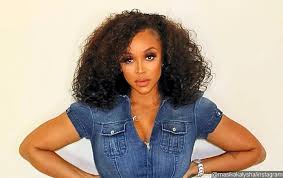 Reality Star and TV personality, Masika Kalysha, was let go from filming of “Double Cross”  for her kidnapping video posted on social media. “Double Cross” is  about sex trafficking in the United States. The purpose of the show is to shed light on the seriousness of sex trafficking  in the United States. Masika stated that her kidnapping video was not meant to offend anyone, but was also to shed light on the sex trafficking issue. However, many people think it was a money ploy for herself. 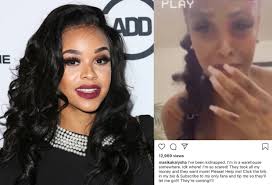 Actresses and any entertainers such as Masika, usually have morality clauses in their contracts. The provision is usually used in contracts to deter certain behavior of the parties to the contract, that is deemed unethical. Any violation of the clause can end in termination from the employer, company or brand. The  controversy surrounding the video received a lot of backlash. The AMC Network, UMC, more than likely needed to avoid bad publicity.  Here, it is likely the Double Cross acted in their right to fire Masika. The network and show obviously thought Masika’s conduct was inconsistent with the ethical requirements of the employer. Masika can be seen in the video with fake bruises and wounds which was done by a makeup artist. Her fans believed someone really kidnapped her and that she was being held captive.

According to Bossip, people thought it was a ploy to raise money for herself through OnlyFans because she started asking for “tips” to get herself free. Masika claims she was using the stunt to raise awareness about child sex trafficking since she was working on a similar project. Masika probably should have checked with UMC for approval first.

“UMC, the AMC Networks streaming service that airs “Double Cross”, issued a statement saying they fired the reality star in the wake of the kidnapping video controversy.” The statement said, “In light of the offensive video posted by Masika Kalysha while on the set of our series, “Double Cross,” we’ve made the decision to part ways with her immediately and will be recasting her role. “Double Cross” was created to shed light on the horrors of sex trafficking and we strongly condemn any inclination that such a serious issue should be made light of.”

Masika has responded she is not happy about the company’s decision. It is unknown whether Masika’s legal team will take any action regarding the news. According to The Blast, “no one from the network has confirmed her release with Masika’s representation or lawyer, and that the network has yet to talk directly to her about the situation.”

What are your thoughts? Do you think Masika had good intentions with her video?