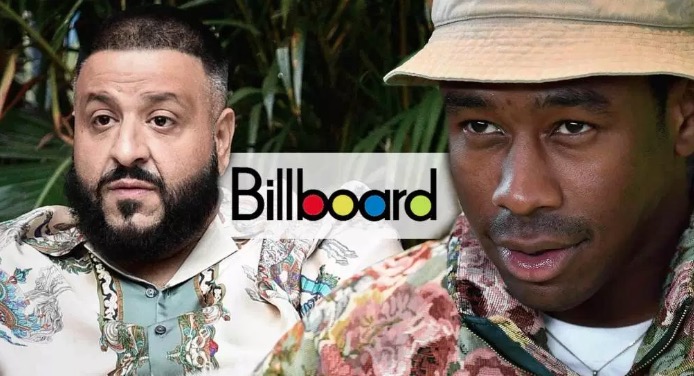 DJ Khaled is reportedly planning a “monster lawsuit” against Billboard after his album Father of Asahd came in at No. 2 to Tyler, the Creator’s IGOR. 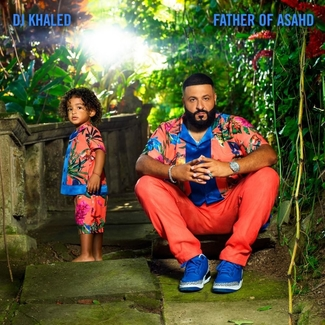 As reported by Page Six, DJ Khaled alleges the chart organization unfairly disqualified more than 100,000 sales of his album, which ultimately cost him the No. 1 spot. These sales were reportedly part of a “bundle deal” with an energy drink, which offers album sales alongside merchandise. Billboard allegedly agreed it would count sales from DJ Khaled’s bundle deal — which DJ Khaled’s team says amounted to more than 100,000 — but later turned around and disqualified the artist’s entire sales from the promotion. Accordingly, a Billboard source disputed that 100,000 sales were disqualified but admitted an undisclosed number of his sales were ruled out due to “strange anomalies in the data.” The source further stated that the decision to disqualify the bundle sales was based on chart rules after a discussion with DJ Khaled’s management, Sony Records and Nielsen.

Since then, DJ Khaled’s lawyers have sent a letter to Silvio Pietroluongo, Senior Vice President of charts and data development at Billboard. According to a DJ Khaled source, “When Khaled’s team tried to appeal, Billboard refused to budge.”

To add fuel to the fire, the same source claims Tyler, the Creator’s bundle deal figures were included in his total sales. Tyler’s album debuted at No. 1 with 165,000 sales, while DJ Khaled’s debuted at No. 2 with 137,000 sales. Billboard may be in serious legal trouble if it is true the organization initially agreed to include DJ Khaled’s bundle sales in his total sales and failed to keep the agreement, especially given that Tyler’s bundle sales were included in Tyler’s total sales. Although Billboard apparently announced that it has reviewed its rules allowing artists to bundle albums with merchandise and that it will outline a new policy for 2020, the organization should have already had a clear policy in place. DJ Khaled is right when he alleged the organization “unfairly” disqualified his bundle sales. Billboard should not be able to count one artist’s bundle deal figures and not count another’s. If what DJ Khaled and his team allege is true, it is only a matter of time before DJ Khaled files his “monster lawsuit” against Billboard, and it might very well be justified.