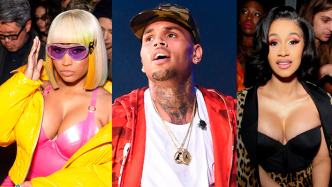 This year like last year, the leading nominations come from hip-hop — namely Kendrick Lamar, Drake and Childish Gambino. However, this year they are joined by a handful of women from multiple genres, many of them newcomers in particular rapper Cardi B who has five nominations. That is not an accident: After last year nomination controversy, the Recording Academy said it actively sought younger voters and empowered a task force focused on diversity and inclusion.

Howewer, this inclusion seemed to skip some obvious deserving talent like Nicki Minaj and Chris Brown whose albums both sold well and received critical acclaim. Even Ariana Grande and Taylor Swift were snubbed with the Academy only giving them minor nominations on the pop categories.

The Carter’s (aka Beyoncé and Jay Z) managed to grab a few nods also.