Actor, Jesse Williams and his ex-wife, Aryn Drake-Lee finalized their divorce. Jesse Williams is known for his starred role, as a medical professional on the hit show Greys Anatomy. The show is one of the longest running shows on air and continues to renew seasons. 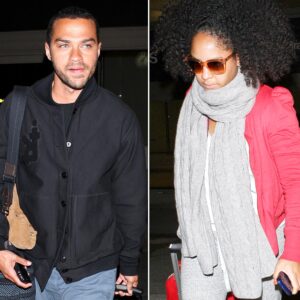 The couple got  married in 2012 for roughly five years, but they were together for approximately thirteen years. They were separate for three years before their divorce just recently became finalized. They have two young children together.

Couples going through a divorce must decide how to divide their property. Usually when the parties cannot agree on a plan, the court will do it for them. States are usually a community property state or equitable distribution state. Since the couple lived in California, their laws govern this case. California is a community property state. Before property and assets can be distributed property should be separated by community and separate personal. “In California, assets and property spouses acquire during marriage belong equally to both of them, and they must divide them equally in a divorce.” All property acquired before marriage or after permanent separation is separate property. Gifts and inheritance are also separate property.

According to Hot New Hip-hop, Williams must pay $50K in child support for their two young children and 50K in spousal support per month. The child support will be reduced to $40K. The former couple will also share joint custody of the children. They are also required to confirm with one another before photos of the children are shared on social media. Each will keep their cars.  According to TMZ, Drake-Lee will keep her leased 2017 Audi Q7 SUV and her 2018 Q5 SUV. Jesse will keep his leased 2018 Porsche Cayenne SUV.

In regards to child support, Jesse owes a little over $50K per month for the two children up until October 2019, and then he is expected to pay $40K per month after that. Jesse apparently owes two more spousal support payments for August 2019 ad September 2019 to Aryn. The spousal support payments alone are in excess of $100K. However, after the payments are complete Jesse will no longer be required to pay for spousal support. Any other accounts or royalties accumulated during their marriage will be split up.

Since their 2017 separation,  the actor made $936,810 in profits from the “Grey’s Anatomy” show. Williams will keep the near-$1 million he’s made on Grey’s Anatomy since he and Drake-Lee split up. Drake-Lee will retain ownership of the Los Angeles home. The actor has also moved on to a different relationship with his actress, girlfriend, Taylour Paige. 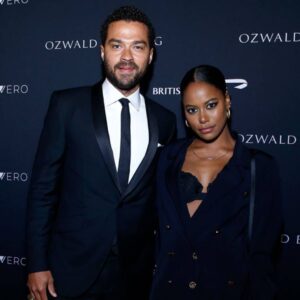 What are your thoughts? Do you think the $40K per month is too much for child support regardless of how much father makes?